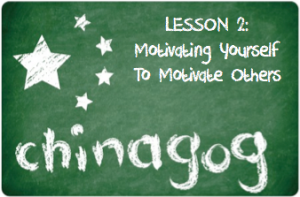 The first thing you should do as a TEFL teacher is check your ego at the door. The class is not about you. As much pressure as there is on teachers to be engaging, a lot of ESL teaching, for both kids and adults, is finding ways to make English interesting and relatable to your students’ interests, which oftentimes are very different from your own. After your first class, the “shiny foreign person” veneer will fade and you will just be their teacher.

I’ve known a lot of bad teachers in my day (at one point I was one myself). They spend entire classes telling their kids about the kinds of coffee they like, or why their hometown in Bumfuck, Texas is such a nice place. They talk about what it’s like being a foreigner in China and why their lives are so interesting. The problem is that for most of the class, the teacher is doing the talking, while the students are staring at the wall because they have no fucking clue what this person is going on about, and they count the seconds until they can leave.

I’ve also seen a lot of teachers — even good teachers with lots of experience — get angry when they have to work with unmotivated students without realizing that’s why they get paid the big bucks. Motivating students is half your job as an educator, and I’d estimate that it’s a challenge in 80% of TEFL classrooms around the world. And while it’s impossible to get every student on board in every class, figuring out what baggage students bring to the classroom — for example, being a ten-year-old spending her entire weekend in training centers — and how to work around that baggage is an essential skill. Not every class is going to be like Stand and Deliver, but you should try to understand your students so you can engage them. 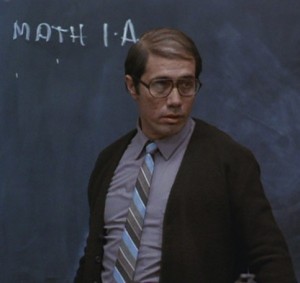 Inspiring, though as role model may create unreasonable expectations.

I struggled a lot with this when I first started. I taught a summer program filled with low-level middle school students who were present two and a half hours a day, four days a week. Naturally, this being China, there was no curriculum and only half the students bothered to buy the coursebook. The students were completely unmotivated to learn English (except Larry; Larry was great, and yes, I did give him that name), and I was raw enough as a teacher — I’d only been doing it for a month — that I had no idea how to connect with them.

They erupt in laughter. “Again, teacher.”

While the class did improve as the summer wound down, my biggest takeaway was that what I did on a day-to-day basis wasn’t going to cut it to stimulate class discussion. I needed to find ways to relate to my students’ interests, because as much as it felt like people were interested in me based on how often I got laowai’d walking down the street, for my students I was just another bleepin’ teacher in another bleepin’ class their parents made them go to that prevented them from having a childhood.

Hoping to never repeat that experience again, I looked through the training materials at my school and found what might be the most useful (if infuriating, at the time) piece of teaching advice I’ve ever received.

“Parent/student complaint: the teacher is not interesting. Solution: be more interesting.”

I use it to motivate me every day I teach and for every lesson I plan. I’m constantly asking myself how I can relate the material to the students. Strategies can vary. Chinese kids tend to enjoy basketball, sleeping and playing computer games, all of which are boring. I banned discussion of these topics and we came up with alternative identities for the students. Some flew in the trash can in their free time. Others enjoyed jumping out the window. The only English that Travis really knew was “killing Japanese,” so we went with that. And if you asked any of my students what Greg’s favorite activity was, the answer would have been “eating students.” It was a start.

Now, this isn’t to say that you should never tell personal stories or talk about yourself in class. I use personal stories to set a context for the target language of the day; it’s an important part of “scaffolding” language to enhance your lessons. But just telling stories — with ungraded speech, and/or lacking in language goals — is a surefire way to lose a class. It’s so obviously low-effort that it’ll inspire your students to give back exactly what you put in — which is not much.

You can also integrate stories into your pedagogy in other ways. Using a dictogloss is one of my favorite things to do. Basically, tell your students a story several times, then have them work in groups to rewrite the story as accurately as possible. It’s a great way to integrate speaking, listening and writing, and results in a lot of good student-to-student interaction (which should be your endgame as a TEFL instrutor).

If all else fails, just bring a bunch of stickers and American pennies and pass them out for good behavior. Your kids will go nuts.

Previously: Why You Need A Break From Teaching To Fall In Love With It

6 Responses to “Chinagog: You’re Just Not That Interesting: Motivating Yourself To Motivate Others”