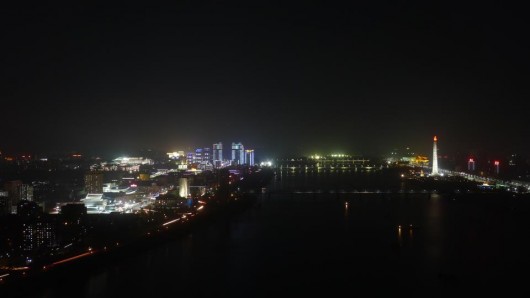 Pyongyang at night on April 2, via Koryo Tours

It’s still Tomb-Sweeping holiday. Spare a thought for the dead chickens over links.

In which we learn the first email sent from China was on September 14, 1987. “The Chinese government has spent a huge amount of effort on making sure that its internet is different, not just that freedom of expression is limited but also that the industry that is built around it serves national goals as well as commercial ones.” (The Economist)

Anonymous vs. North Korea. “The group says that it has begun a new initiative called ‘Operation Free Korea’ and is demanding controversial leader Kim Jong-un resign and install free democracy in the Asian country. Other demands include having North Koreaabandon its nuclear ambitions and for the government to give universal and uncensored Internet access to its citizens. Anonymous hackers claim to have access to the country’s local intranets, mail servers and Web servers and are threatening to wage war if their demands are not met.” (BGR News)

Chinese ambassador to the US will use Facebook, but not until, obviously, he arrives in DC. “Cui Tiankai, China’s newly-appointed ambassador to Washington, said he might use Facebook to make friends in US – once he gets there.” (SCMP)

Listen to Yao Ming. “‘We are running this more like a government than a professional league,’ Yao told People’s Daily Online recently. ‘The management rights should return to the league committee, which is composed of club representatives. That would allow policies to truly be made based on the actual situation and need of clubs.’” (The Diplomat)

Saved by shanzhai. “Summary: man tries to commit suicide by drinking pesticide; is taken to hospital but refuses medical treatment and flees; runs around mountain naked until is forcibly subdued by 8 people; when his stomach is finally pumped, doctors realize that the pesticide he drank wasn’t even real pesticide, but a counterfeit that incorporated a stimulant.” (Sinopathic)

Leslie Cheung’s last words, in a text message. “Leslie’s former manager and close friend, Florence Chan, previously announced that she would reveal Leslie’s last words – a secret that she had kept for 10 years – at the concert. // The memorial concert started off with an audio message from Florence. While recalling what happened on the day of his death, she said,’“My heart sank and I felt light-headed when I heard a loud bang.’ // She also revealed that the last voicemail Leslie left her was, ‘I can finally get a good sleep now.’” (MSN)

Disgusting picture of sliced wrist herein. “Emergency services in Foshan received 10 calls in response to people claiming on social networks that they were about to commit suicide on April 1, Southern Metropolis Daily reports.” (The Nanfang)

Groan. “Xicheng district prosecutors announced that they have charged a male foreigner on suspicion of sexually molesting a boy, the Legal Mirror reported Monday.” (Global Times) 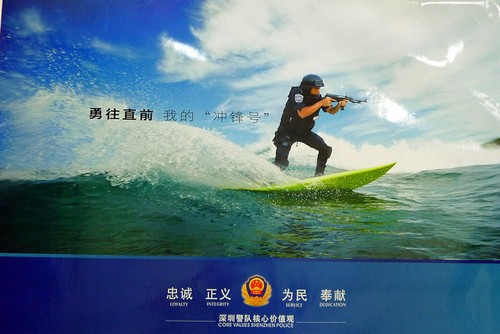