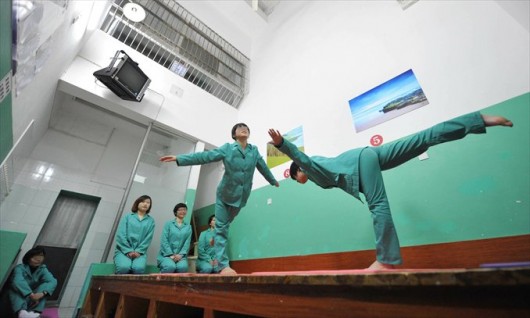 These links posts are getting longer, but not for lack of selectivity on our part. Five New York Times stories are featured in tonight’s edition, led by Ed Wong’s much-bandied piece on pollution’s effects on tots.

Probably the most-tweeted story of the last couple of days. “Some middle- and upper-class Chinese parents and expatriates have already begun leaving China, a trend that executives say could result in a huge loss of talent and experience. Foreign parents are also turning down prestigious jobs or negotiating for hardship pay from their employers, citing the pollution. // …Some children’s hospitals in northern China reported a large number of patients with respiratory illnesses this winter, when the air pollution soared. During one bad week in January, Beijing Children’s Hospital admitted up to 9,000 patients a day for emergency visits, half of them for respiratory problems, according to a report by Xinhua, the state news agency. // Parents have scrambled to buy air purifiers. IQAir, a Swiss company, makes purifiers that cost up to $3,000 here and are displayed in shiny showrooms. Mike Murphy, the chief executive of IQAir China, said sales had tripled in the first three months of 2013 over the same period last year.” (NY Times)

Ignominious. “The SCMP.com poll asking readers whether Legco should approve the proposed HK$100 million donation has gone viral since early Tuesday morning. By 2.30pm, it had attracted almost 5,000 votes, with 92 per cent of the respondents voting ‘no.’  This is among the highest numbers of votes a poll on SCMP.com has ever received.” (SCMP)

Corollary: “A fierce debate is expected in the Legislative Council today over the use of a HK$100 million donation to help Sichuan earthquake victims, with radical pan-democrats threatening to block approval with a filibuster. // Some people fear that the donation, proposed by Chief Executive Leung Chun-ying, could fall into the hands of corrupt mainland officials. // Last night, major parties in the pro-democracy camp said they would oppose any suggestions of government-to-government donations in a special Finance Committee meeting. People Power lawmaker Albert Chan Wai-yip said the party would not rule out launching another filibuster to block its passage.” (SCMP)

Reporter’s death in Xinjiang. “One female journalist was killed and a second seriously injured on April 18 after they were struck by a tractor shovel on the worksite of a high-profile infrastructure project in Urumqi, the capital of China’s Xinjiang autonomous region. The tragedy seems to have been an accident, but there are lingering questions about how local media and authorities in Urumqi have handled the story.” (China Media Project)

Dumb. “The lawmakers from various parties were seen making offerings to mark the spring festival at Yasukuni Shrine, which honors Japan’s war dead, including World War II leaders convicted of war crimes. // Japanese media said 168 lawmakers paid the visits, which follow donations to the shrine by the prime minister and visits by threeCabinet ministers over the weekend. The government said those visits were made in an unofficial capacity, but China and South Korea lodged protests.” (AP)

New province! “China on Tuesday said the H7N9 bird flu had spread to a new area as it confirmed the first case in the eastern province of Shandong in an outbreak which has so far killed 22 people.” (AFP)

Slight hyperbole? “The United States and China held their highest-level military talks in nearly two years on Monday, with a senior Chinese general pledging to work with the United States on cybersecurity because the consequences of a major cyberattack ‘may be as serious as a nuclear bomb.‘” (NY Times)

Businessman dead in foreigner’s apartment. “A businessman was found dead in the apartment of a foreigner in Guangzhou after he took 100,000 yuan in cash there to do business on April 20. The foreigner, a Caucasian male, is now missing, Southern Metropolis Daily reports. // When Mr. Mian, 32, was not answering his phone on the evening of April 19, several dozen of his friends were worried because one had seen him withdraw 100,000 RMB from an ATM on Xiaobei Road in Yuexiu District that morning.” (The Nanfang)

Speaking of foreigners… “According to Professor Liu, the number of crimes committed by foreigners has risen so severely in recent years that authorities have been forced to alter the country’s legal procedures to cope with the increase.” (Stephen George, That’s Beijing)

Hollywood faltering in China because even Chinese moviegoers recognize a shitty Hollywood movie when they see one. “Regardless of which movie wins the face-off, Mr. Cain of Chinafilmbiz.com said, Hollywood will have to accept that Chinese viewers are perhaps even less predictable than those at home. // After all, their favorite English-language films of late have included the time-bending epic ‘Cloud Atlas,’ which did little business in the United States, and the fable ‘Life of Pi,’ whose spiritual themes might seem at odds with China’s governing principles. // ‘They want to see films that challenge them,’ Mr. Cain said.” (NY Times)

Internet censorship leads to lack of innovation. “China’s lack of innovation derives partially from entrepreneurs not knowing enough about the latest trends, something attributable to the closed nature of the country’s Internet. Slow traffic — even with tools to hop over the Great Firewall — also hinders creativity. For example, if people are unable to watch videos without frequent buffering on YouTube, they may get frustrated in the process of seeking inspiration.” (The Atlantic)

You’re telling me North Korea is a losing bet? “As many as 100 Chinese businessmen have reportedly holed up in hotels in downtown Pyongyang, North Korea, waiting to recover money invested in the country.” (Business Insider)

Henry Kissinger’s two cents. “‘I’m confident that in the end, North Korea will not be permitted to start a general conflict,’ Mr. Kissinger said in Beijing on Wednesday, adding that he hoped the effort to deal with North Korean provocations would become ‘a common Sino-American conceptual enterprise.’” (WSJ)

Only the very old or traditional would think Asia is still “new,” as far as frontiers go. This is a boxing story about Bob Arum, then. “‘There’s a real story there,’ Arum said excitedly, his hands moving as he talked. ‘Look into the future, and the truth is, the U.S. market is going to be secondary. The opportunities in the Asian market far exceed what you can do here.’ // Arum insisted that he had seen the future of boxing, and that it was in China and Singapore and would perhaps spread elsewhere in Asia, like the Philippines.” (NY Times)

Still a work in progress NOT a complete listbut Key Intellectuals now with headshots and A-Z navigation thechinastory.org/thinking-china…

Boston carjack victim a Chinese man in his 20s. dailymail.co.uk/news/article-2…

US graduate schools stung by drop in Chinese applications english.sina.com/culture/p/2013…

Photo spread of transgressions by foreigners in China, ranging from jaywalking to no shoes in starbucks bit.ly/ZFFpBq

“The Children of China.” (New Yorker)

A good way to monitor officials’ use of cars: GPS. (China Buzz, the Economic Observer)

Jack Ma to found a college for entrepreneurs. (TechNode)

On house collapses during earthquake. (The Economic Observer) 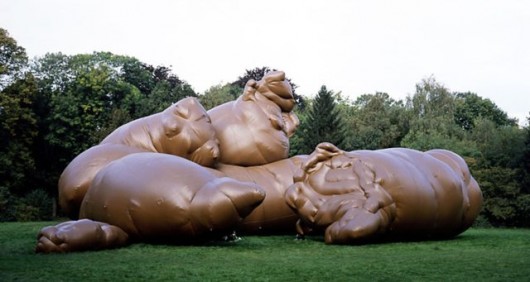 Leave a Reply to KalanStar