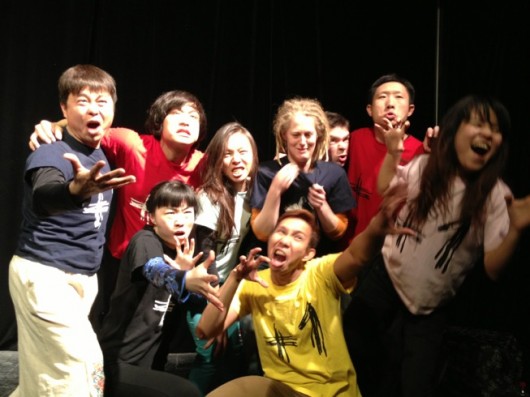 The 2013 Beijing Improv Comedy Festival is taking place right now. Here’s what you need to know and what you don’t about this premier comedy event:

Who? Improv troupes from all over the world, including the Philippines, Australia, and comedy hotbed Turkey, as well as throughout China. But does it really matter? All you care about is whether or not they are funny.

When and Where? It’s happening right now, at the Penghao Theater, until April 21. It began April 10. Go to Beijing Improv’s website for the schedule.

How was improv invented? Commedia dell’Arte is a form of theater characterized by masked “types,” beginning in Italy in the 16th century, and was responsible for the advent of the actress and improvised performances based on sketches or scenarios. But remember, no one likes a trivia nerd.

Now onto the “what you need to know” part.

Is the festival worth going to? Will Ferrel, Amy Poehler, Ryan Stiles, Andy Kaufmann, and Kristen Wiig are just a few examples of improvisors who will not be at the festival. But those people are totally over-played, and some of them are dead. Instead, you’ll get to enjoy living comedians who really care about making sure the audience has a good time, not just when their next movie deal is going to come through.

Which shows are can’t-miss? You’ll definitely want to check out the stand-up showcase on Friday night at 10, as well as the Mix and Match all star improv show on Sunday night at 6. The Manila-based group SPIT is also can’t-miss, but they performed last Saturday, so it looks like you’ve already missed it.

Is it easy to pick up the performers? Yes! Every one of the performers is single. In fact, the whole reason they got into comedy is because they wanted to make it easier to meet people. Please go up to them after the show and make your intentions known.

The Good Doctor is a writer in Beijing. Check out his website, The Chaos Factory, and follow him on Twitter @doctorentropy2. He previously reviewed Caochangdi’s Beijing Design Week.