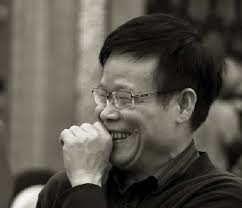 Zeng Li had become a prominent figure during the weekly’s protest against censorship in January. His farewell letter has been shared on Weibo thousands of times on Thursday and caused widespread soul-searching about the state of the media in China.

“Looking back on the last four years, I made mistakes,” Zeng wrote in his farewell letter, dated March 28.

David Bandurski of China Media Project writes that many Chinese journalists are mourning Zeng’s passing, underscoring the fact that even those engaged in the sordid craft of censorship are not faceless sorcerers who hide behind curtains, but real, actual people, often with a desk in the newsroom, and the ability to laugh, be nuanced, have pangs of conscience.

CMP has more excerpts of Zeng’s letter and reactions to his death.