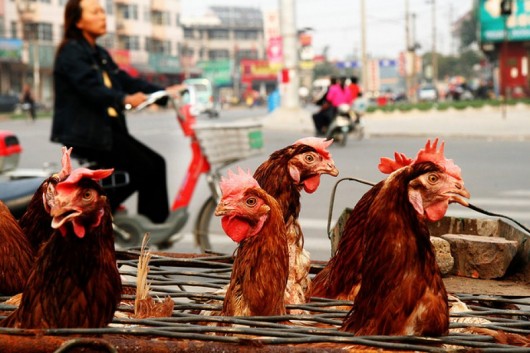 Guo’an and Shenxin played a barnburner last night. We could use a drink links.

We’re going to hold off judgment until we see the documentary, which airs Monday, but so far this looks horrible. “The BBC has insisted it will broadcast a Panorama documentary about North Korea, despite protests from the London School of Economics (LSE) that journalist John Sweeney put its staff working abroad at risk by posing as a student from the institution to gain access to the communist state. // The LSE said students on the trip were not told before setting off that Sweeney and two other BBC journalists travelling with them would be using the visit to film an undercover documentary. The university identified the two other BBC journalists as Alexander Niakaris and Tomiko Sweeney, John Sweeney’s wife, who was involved in organising the trip.” (The Guardian)

So much better than the “Why I left China” stories. “Why I fled North Korea.” (Hyeonseo Lee, TED via CNN)

Wha–? “The parents of a 3 year-old in Guangzhou’s Liwan District have reported his kindergarten to the police after the child claimed a 2-3 millimeter wound on his penis was caused by one of his teachers piercing it with a needle, 163 reports.” (The Nanfang)

Lovely. “A new report by Amnesty International again places China as the world’s leading executioner, although a lack of public data makes it impossible to say exactly how many were killed in 2012.” (Shanghaiist)

Sins of the father. “A high-ranking member of the Taiwanese opposition Democratic Progressive Party has taken up the cause of a mainland activist’s 10 year-old daughter - who has been barred from attending school. // Hung Chih-kun, a DPP Central Executive Committee, told the South China Morning Post he had talked to long-term democracy activist Zhang Lin and that he would make an effort to spread word of Zhang’s case internationally.” (SCMP)

Timmmmmber. “Thirty-five homes were evacuated in Guangzhou’s Huadu District late on the night of April 12 after the interior of a nearby hotel collapsed, Sina News reports. Apart from one member of staff who stepped on some broken glass while escaping, remarkably nobody was injured.” (The Nanfang)

Perhaps of interest. “In an effort to look more ‘Western,’ an 18 year old Chinese girl competes for free cosmetic surgery in a televised competition.” (Kickstarter)

All about John Kerry’s visit to China. (China Digital Times)

From 2005: “How to write a generic China bird flu story.” (Imagethief)