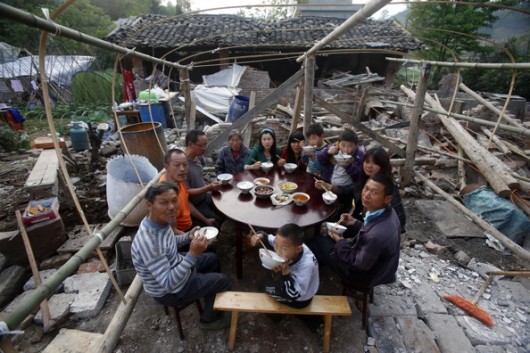 Images of Sichuan earthquake, via The Big Picture (Boston.com)

Written by someone who gives her name as Elin Haren: “In November 2012, an expat friend of mine was walking home on Sanlitun Nan Lu from a nightclub in the same area. She was attacked by five non-Chinese men and dragged to a parking lot where she was gang-raped. It is a story you never believe could happen in Beijing, and definitely not to someone you know. Yet the horrid act like that on my friend happened again. This time, an expat female was thrown off her bike when riding home from a party in the south of Sanlitun. She was surrounded by a group of men that ripped off her clothes and brutally raped her, one by one. Strikingly similar stories that leave a horrid aftertaste; is a wave of gang rapes in Beijing on the rise?” (City Weekend)

High-def. “Chinese netizens just cannot get enough of Guo Meimei, a 20-something girl who almost single-handedly dragged China Red Cross, China’s biggest charity body run by the government, into a rabbit hole of endless scandals. Yesterday, a new one emerged, and it started with a sex tape as big as 17.2 gigabytes. // …rumors of a sex tape as big as 17.2 gigabytes featuring Guo and a few high-ranking China Red Cross officials started to go viral. Many netizens believed that the tape is only Guo’s first card. Within 24 hours, #17.2# is already the 16th most talked about keyword on Weibo, and ‘China Red Cross denied re-investigation of Guo Meimei case’ is on the top trending topic list.” (Offbeat China)

The cars they drive. “The Chinese military’s long and litigious affair with luxury cars is set to be tested by a ban on the use of military licence plates on 11 vehicle brands or models, according to a Ministry of Defence statement. // Under a new registration system, all military vehicles must be given new car plates by Wednesday, and blacklisted sedans include those made by Mercedes-Benz, BMW, Lincoln, Cadillac, Bentley, Jaguar and Porsche, as well as the Volkswagen Phaeton, according to a ministry website yesterday.” (SCMP)

Because we all need more maritime disputes. “The first Chinese tour ship to visit disputed South China Sea islands set sail, state media reported, a move likely to stoke a long-running territorial row between Beijing and its neighbours. // Plans to allow tourists to visit the Paracel Islands is the latest stage in China’s development of the territory, which has previously angered Vietnam and caused concern in Washington. // Vietnam and China have a longstanding territorial row over the Paracel Islands. Hanoi last month accused a Chinese vessel of firing on one of its fishing boats which had sailed in disputed waters in the area. // Up to 100 passengers paid a ticket price between 7,000 yuan ($1,135) and 9,000 yuan for the four-day voyage, which is set to become a monthly or twice monthly trip if the maiden trip proves successful, the Global Times said.” (AFP)

A nice piece on chengguan. “The human mind finds chaos repugnant, and infers reasons where there may be none. Paranoia is more natural than anarchy. The British political journalist Michael White once wrote that he thought that most misdeeds occurred by accident or negligence rather than genuine malevolence. I agree with him. I imagine – but who can prove these things? – that most times chengguan act when told to, or upon complaints, or just to fill up their day. Who can explain arbitrary behavior?” (Mike Cormack, Agenda)

North Korea charges American. “North Korea announced Saturday that an American detained for nearly six months is being tried in the Supreme Court on charges of plotting to overthrow the government, a crime that could draw the death penalty if he is convicted. // The case involving Kenneth Bae, who has been in North Korean custody since early November, further complicates already fraught relations between Pyongyang and Washington following weeks of heightened rhetoric and tensions.” (AP)

Beauty and the murderer. “April 25th, in the Nanjing Jian’ye District Xidi International residential neighborhood, a post-80s generation husband angrily hacked his post-90s generation wife over 30 times until she died, with the most pitiful thing being a little baby just 100 days old being left behind.” (chinaSMACK)

China eats best, but we already knew that imgur.com/a/mN8Zs

A true gem: learn English with the Chinese military! (PLA Daily via Shanghaiist)

More arrested in connection with violent clash in Xinjiang. (AP)

Underground city in Guangzhou. (The Nanfang) 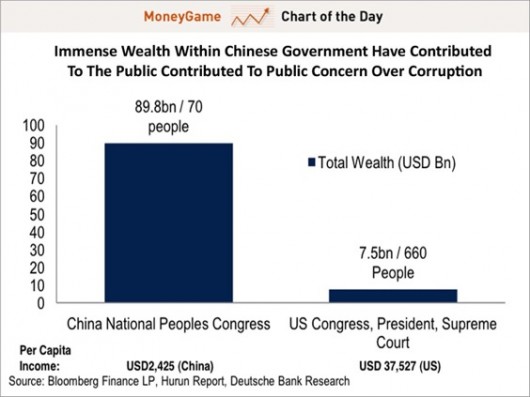