A major fire yesterday morning has killed at least 14 in Xiangyang, Hubei province, with another 47 injured.

Shanghai Daily reports that the blaze started at 6 am on Sunday from an Internet cafe before spreading to a nearby hotel.

An employee said that 42 of the hotel’s 50 rooms were occupied at the time. He said some guests were saved by firefighters while other managed to escape by themselves.

Online video footage showed seven or eight people standing on the ledge outside the window of a room on the second floor, waiting to be rescued.

That online video can be seen above. It’s been viewed 2.8 million times on Youku.

People made ropes using sheets and curtains. Those who jumped, some from as high as the fourth floor, reportedly suffered arm and leg fractures, but are believed to have survived. 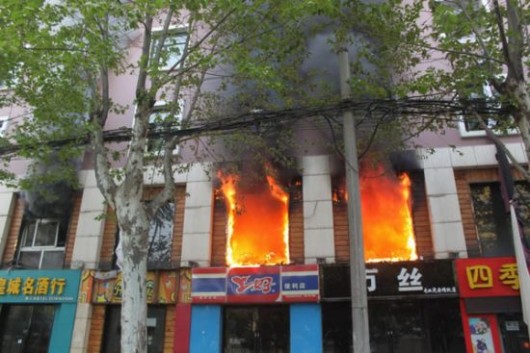 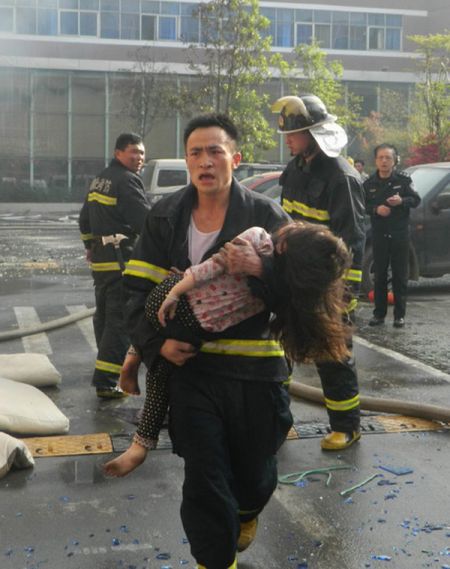