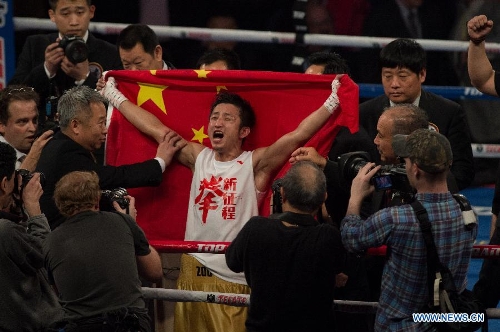 Two-time Olympic gold-medalist Zou Shiming triumphed in his professional debut on Saturday, which you surely already know, if you follow Chinese news. He won a four-round unanimous decision against Mexico’s Eleazar Valenzuela in Macau’s Cotai Arena at the Venetian, the result alternately described as “dominating” and “a formality.” Ring announcer Michael Buffer, before the bout even began, said 300 million people in China were watching, surely an exaggeration based on a TV exec’s wild hope. But everyone is pushing Zou, including the boxing establishment, and if this was pro wrestling, he’d be given a belt pronto and asked to carry the sport and his country, his country and sport.

The backlash was inevitable. The 31-year-old has been described as displaying a “total lack of ability,” and more than a few people have complained about his paycheck — that smooth 300 K, dollars — when older, arguably better boxers get a fraction of that while living on the undercard. “It’s equally hard to imagine Zou becoming a dominant force on the highest level, thus making it interesting to see just how quickly and aggressively he will be matched within his relatively short window in the next 12-18 months,” wrote ESPN boxing analyst Brian Campbell.

It’s not often that a four-round flyweight bout tops a strong boxing card, but that tells you everything about the marketing behind Zou. He entered the ring, as countless boxers before him have done, lapping up the applause and punching the air, but for Zou it was out of character. It was almost as if he thought that was what was expected of him, now that he’s a professional.

George Foreman, who knows a thing or two about translating Olympic success into a world title, wisely remarked that pro debuts and title fights make boxers do strange things, and Zou’s emotion carried over into his performance.

Zou’s frantic, windmilling style was, at times, reminiscent of a brawler with little training, not the disciplined fighter who won three World Amateur Championships.

According to all three judges, Zou won each of the four rounds for a unanimous points victory. He was clearly the better boxer on the night, but there were moments when it was hard to tell who was the favorite.

How long until Zou’s put into a situation when failure is possible? What then, both in terms of how he reacts and how fans perceive their great Chinese boxing hero?

Clearly it was calculated to play to a Chinese audience, since, as a former CCTV anchor, she is also a known face, but her performance was more cheerleader than translator, and the interview ended after just two questions when she appeared not to know what a knockout was…

Her choice also makes sense, given how much style she exudes. The challenge for Zou’s camp is now to provide substance. 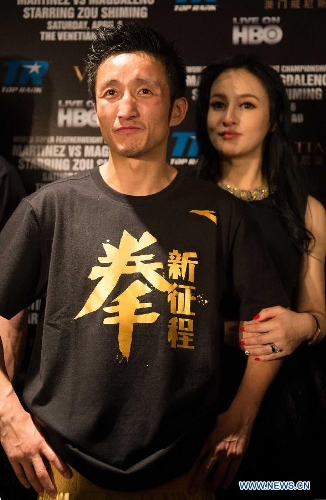