On April 18, I killed a mosquito, my first of the calendar year. “Springtime is officially here!” went the announcement.

I did not do as Krzysztof Pawliszak did, which is this: 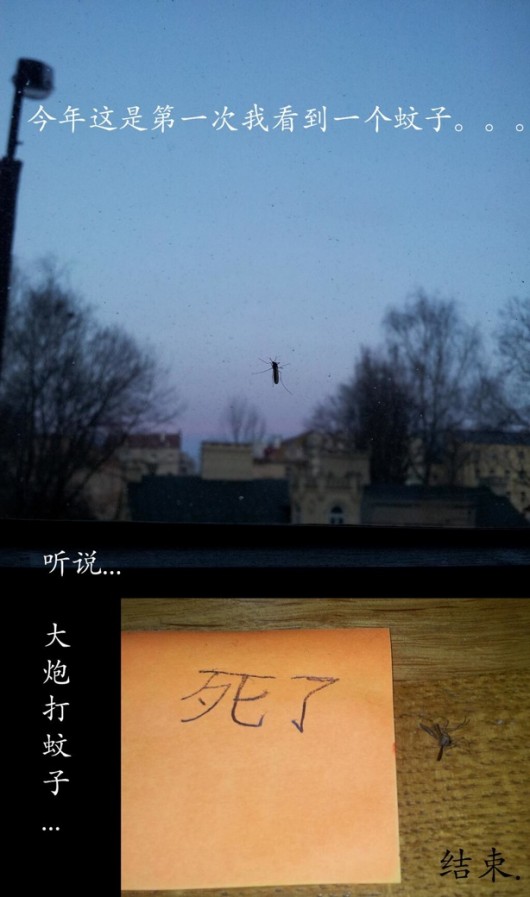 7:30 am on April 19 is the timestamp, so maybe we can assume the kill happened the day before. The synchronicity! “This is the first mosquito I’ve seen this year…” KP’s story begins.

“I’ve heard… cannon fire hits mosquitos,” a reference to an idiom (and game). 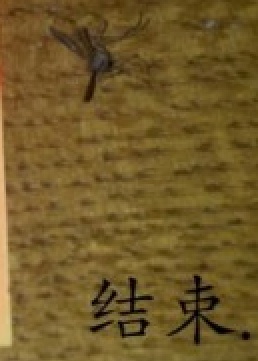 This is not the last time you’ll hear about mosquitos, particularly those in Beijing, which are smart, highly evolved, and remain like Scar, the Cylon.

2 Responses to “A Chinese Mosquito Story”