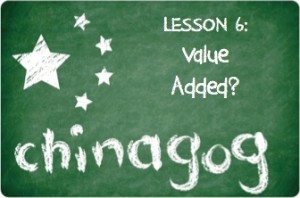 Most of my students are studying at an English training school with the intention of enrolling in a Master’s program, or at least attaining a Bachelor’s degree from an American university. During my time here I’ve had a soul-enriching load of students accomplish just that, as they’ve gotten their IELTS scores (a British-Australian test to measure English language proficiency in both general and academic English) and entered various BA, BS, MA and MS programs across the country.

But while some of their success can be attributed to my instruction, most of my best students came in (and exited) my class with amazing study skills and positive attitudes toward learning. (There are many more who possessed none of these attributes and promptly failed, but let’s not talk about them yet.) A lot of students are whipped by bureaucracy or a sense of obligation to overachieve. For example, the Saudi Arabian Cultural Mission (many of my students are Saudi) gives them eighteen months, regardless of their prior language education, to get their English up to university-grade level. Those who buck up tend to make it.

Yet there are those who have an innate difficulty learning foreign languages. I try to motivate students who get frustrated with the grind and struggle with English by using my personal experience as an example. I came to China able to say “你好” and “咖啡.” I am what Scott Thornbury described as a Bad Language Learner. I was also quite intimidated by the effortless abilities of many of my fellow foreign coworkers, especially since the only fluent thing I could do for months was order a beer and “yangruhschwar.” To this day I can’t say 服务员 with enough of a coherent growl to get any service. At the suggestion of a friend, I started making shorter-term language goals. Having short conversations with Chinese people without giving up and resorting to friends to act as translators. Having a conversation in Chinese on the phone. Ordering Sprite at McDonalds. And while I don’t speak academic Chinese by any means (I’m functionally illiterate), I can confidently say that I speak Chinese. My stories have connected with a few students, and I’ve helped them develop unorthodox strategies for practicing at home. Spending half an hour a day conversing only in English with their spouses. Taking the same small bite out of their day to write up flashcards, and then categorizing them. Walking into a BMW dealership and seeing how long of a conversation you can have with a sales associate before they realize you have no interest (or means) for buying one.

The frustrating thing about all of this as a teacher is that I have to do a lot of mental gymnastics justifying my existence as a teacher even when my students have immediate, apparent, life-affecting language needs. Getting into an American university will improve their life, sure, but many students are sold academic English courses when they don’t possess either the language ability or study skills necessary to take full (or any) advantage of the services they’re buying. I wouldn’t call it a scam, but like a lot of higher and private education in America, a lot of classes are sold with more of an eye toward enrollment.

All of this renders the value of native-speaker TEFL education in foreign countries dubious. It might lead, say, a Chinese parent to ask: If the accredited academic English program I’m sending my kid to in the United States might not be providing me any value, what does that say about the private language school he goes to every week here in his hometown, or the foreign teacher his primary/middle/high school teacher employs?

I’ve seen numerous online comments denouncing TEFL education in China as an outright scam. They’re right in many cases. Both public and private schools in China are stocked with teachers who are checked out, drunk, unmotivated, ineffective, boring, borderline-illiterate or any other educator-insulting adjective you can think of (reply with more in the comments, I guess). A sad majority of schools are interested mostly in boosting short-term enrollment and throwing as many students at newly minted white teachers as they can handle. Foreign “professors” in Chinese universities “teach” 200-person classes. On top of all this is the fact that the ultimate goal, the gaokao, is focused mostly on non-verbal English skills, while a lot of TEFL theory focuses on improving speaking and listening skills, as we use them to communicate.

Now that my cynicism has backed me onto a hypothetical ledge questioning not only my value as a teacher, but the value of my profession as a whole, I have to offer a rebuttal. While the quality of education can vary across subjects, countries and schools, I find it hard to judge any kind of education as inherently worthless or “scammy.” Looking back on my time in grade school, middle school and high school, I have a hard time identifying any single piece of knowledge that helped shape me into who I am today. I can’t remember a damn thing I specifically learned in Mrs. Burroughs’ eighth grade English class, but some part of it drove me to study English in college, and eventually pursue a career in education. I didn’t fall in love with literature by accident; I was guided into it by some excellent teachers. I’ve only used my high school French during a couple of short trips to France, but over the years it’s helped me dive back into French cinema and don a comically amusing French accent on command.

I’m sure I didn’t reach all of my students in China on a fundamental level, but I know that a lot of them left my class not only as better English users, but also possessed a greater appreciation for the language. I hopefully helped them improve their critical thinking skills and broadened their cultural understanding. If some of them choose to major in English down the road, I wish them a strong wind at their backs upon that rocky path. While STEM teaching gets a lot of (deserved) credit as a measurement for academic development, the humanities serve as a necessary means to creating an enlightened, intelligent and awakened society. I’m not changing the world as a TEFL teacher, but I feel that I’m serving a small, necessary part.

Previously: What “Chinese With Mike” Does Wrong, And What It Does Right

11 Responses to “Chinagog: What’s The Value Of Native-Speaking TEFL Educators?”