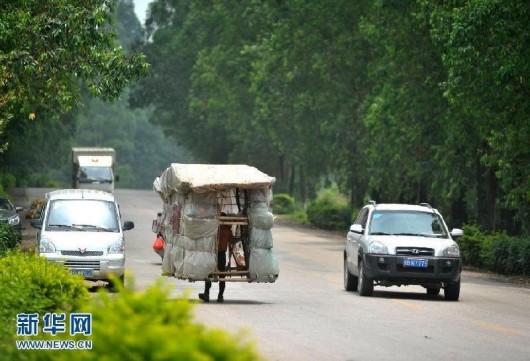 The inspiring story of a Guangxi man who carries a 60-kilogram house on his back, via Hug China

Fuck the Great Firewall. “Yesterday, in a reddit thread about how people use the Raspberry Pi (the tiny, $25 computer pictured on the right), a China-based redditor using the handle JaiPasInternet posted this clever way to make jumping the GFW a lot easier across all your devices…” (Tech in Asia)

Why can’t you do online Chinese banking on any browser other than Internet Explorer? “The short answer is laziness. When many of these platforms were being created originally, Internet Explorer was the dominant browser and many Chinese banks opted to use Microsoft’s ActiveX software framework in the security systems for their online banking platforms. Because ActiveX is proprietary Microsoft technology, it’s not supported in Chrome, Firefox, and many other third-party browsers, and China’s banks apparently aren’t interested in spending the time and money it would take to completely revamp their systems with new technology that works across platforms.” (Tech in Asia)

Baby kidnapper/murderer sentenced to death. “A man has been sentenced to death for strangling a two-month-old baby after stealing a vehicle with the infant inside, in a case that caused widespread outrage, state media said on Monday. // Zhou Xijun, 48, ‘was sentenced to death and deprived of his political rights for life’ for the murder, the official news agency Xinhua said.” (AFP)

A different side of Xinjiang. “these images reveal a little-known religious tradition in Xinjiang — its desert shrines to Sufi saints. Taken in Xinjiang’s Taklamakan Desert, they are collected in Ross’s addictive new book, Living Shrines of Uyghur China, and are now on view at the Rubin Museum of Art in New York.” (Ian Johnson, ChinaFile)

Yes, a third story from these guys. “But I came across an interesting headline today from a study conducted by the Zhongguancun management committee: a full 25 percent of the area’s startup founders are Chinese people who’ve studied or worked overseas. That’s an interesting statistic, especially when you consider that Beijing’s startup also includes more than a few foreigners. Given the small percentage of Chinese who study or work overseas and the even-smaller percentage of foreigners in the country, it’s interesting to see those groups playing such a big role in the startup scene.” (Tech in Asia)

Politics and sports. “Gilas, the Philippines men’s basketball team, has been ‘uninvited’ to the William Jones Cup basketball tournament in Taiwan in July, an offshoot of the tensions between the Asian neighbors after the fatal shooting of a Taiwanese fisherman by Philippine Coast Guard in disputed waters earlier this month.” (WSJ)

Cyberespionage. “American defense officials Tuesday pushed back against the notion that China has used cyberespionage to obtain extensive design information on advanced American weapons. // ‘Suggestions that cyberintrusions have somehow led to the erosion of our capabilities or technological edge are incorrect,’ said Pentagon press secretary George Little. ‘We maintain full confidence in our weapons platforms.’” (CNN)

Anhui official refuses to pay after whoring unless getting a fapiao, gets killed by prostitute's boyfriend http://t.co/vduJ3cbqiE

NMA on the defacing of Luxor Temple artifact interlude:

You can buy your own oversized rubber duck on Taobao. (SCMP)

Metallica maybe to Shanghai, but not Beijing. (the Beijinger) 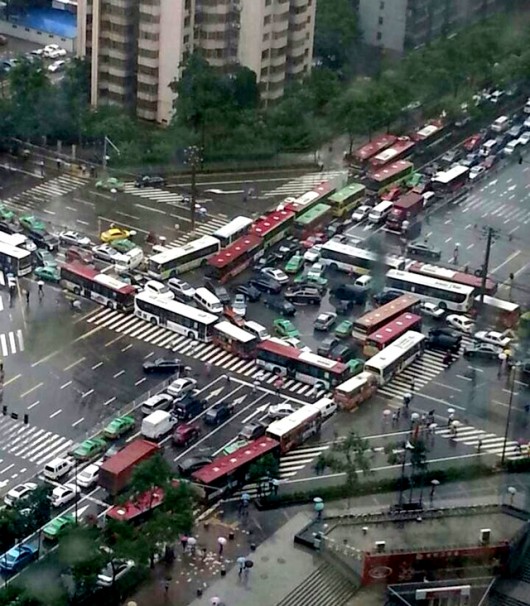 “Mahjong gridlock” in Xi’an, via Shanghaiist