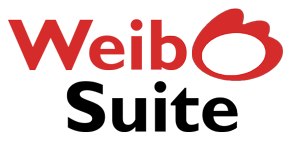 Hong Kong University’s China Media Project already has an awesome service in WeiboScope, which preserves deleted Sina Weibo messages deemed too “sensitive.” Apparently determined to bring those messages to a wider audience, CMP is now translating some of them into English with its newest service, WeiboSuite.

The plaudits are well deserved. As Tech in Asia’s Charlie Custer wrote this morning:

WeiboSuite should prove an invaluable tool for China researchers and journalists who don’t speak Chinese but still want to keep track of what’s happening on China’s most happening social network. Obviously, with billions of posts, WeiboSuite hasn’t — and cannot — translate every single post into English, but it indexes and auto-translates the 1,000 most recent deleted posts, which makes it valuable for journalists who generally only need to see recent posts anyway. For example, when I searched for “Tibet,” WeiboSuite turned up an interesting post from yesterday alleging that there was a fairly major anti-government protest in Naqu Biru County in Tibet on Sunday.

There are, it should be noted, lots of NSFW posts, some of which would probably get deleted from, say, Facebook. But that’s the Internet for you. We trust you’re savvy enough to steer around that flotsam to find the gems that have been marooned for all the wrong reasons, namely politics.

One Response to “Peeking At What Sina Weibo Doesn’t Want You To See, In English”