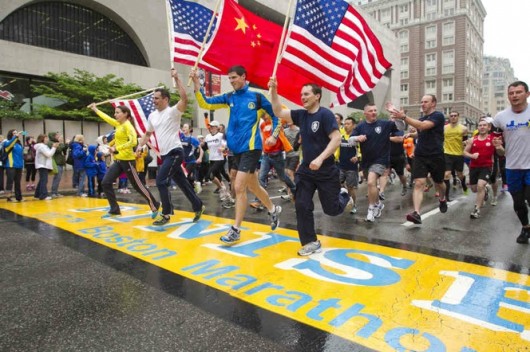 Kyle Shade, 26, crossed the finish line carrying the Chinese flag. He told us the before the race began, race organizers were asking for a volunteer to run with the flag in honor of Lu Lingzi, one of the three spectators who were killed in the blasts.

“I walked up and volunteered to help show that she is just as part of Boston as anyone else,” Shade said.

Supremely classy, as Boston has never ceased to be since the tragedy. Wonderful stuff.