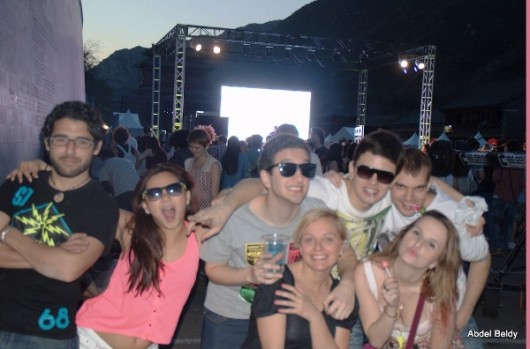 At the Great Wall Music Festival, via the Beijinger

Will be interesting to see if this is enforced at all. “Mainland universities have been ordered to steer clear of seven topics in their teaching, including universal values, press freedom and civil rights, two university staff said, offering an insight into ideological control under the new Communist Party leaders. // A law professor with a Shanghai-based university who requested anonymity because he feared persecution said yesterday that teaching staff at his university had been briefed about the seven taboo subjects, which also include judicial independence and the past mistakes of the Communist Party.” (SCMP)

Another protest, this time in Shanghai. “Hundreds of residents marched along a street on the outskirts of Shanghai on May 11, 2013 to oppose plans for a lithium battery plant, marking the country’s second protest in a week over potential environmental pollution.” (Global Voices)

“Historic.” “Hong Kong’s top court handed down a groundbreaking ruling to allow a transgender woman to marry her boyfriend. // On Monday, the city’s court of final appeal said that being transgender—someone whose physical and sexual characteristics may not match their gender identity—shouldn’t stop someone from getting wed. The appellant, identified in court documents as ‘W,’ is a woman in her 30s who underwent sex-reassignment surgery in Hong Kong in 2008.”  (WSJ)

Miners have the toughest job. “An explosion at a coal mine in China’s south-west Sichuan province has killed at least 27 people, state media report. // The blast happened in Taozigou coal mine in the city of Luzhou, Xinhua news agency said. // More than 100 miners were working underground when the accident happened on Saturday afternoon, according to officials.” (BBC)

Win for Chinese journalism? “China’s top anticorruption agency said Sunday that it was investigating Liu Tienan, a senior economic policy maker, in an abrupt turn in a case that openly pitted him against a campaigning investigative journalist.” (NY Times)

Chris Patten on China interlude, via Alec Ash of the Anthill:

“A Mother’s Tale, on the 5th Anniversary of Wenchuan Earthquake.” (Seeing Red in China)

Red-Dress Run from the Hash House Terriers via Sohu via John Hanrahan: 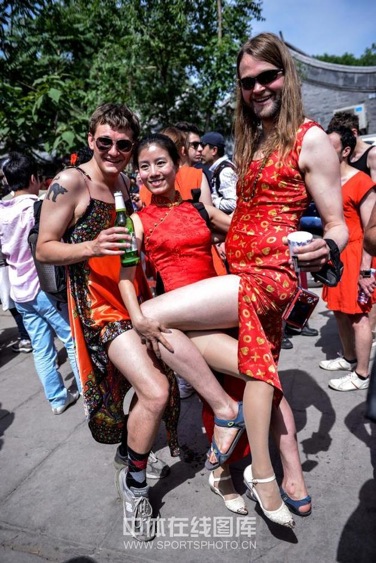