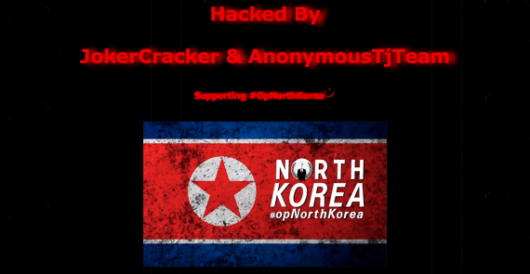 North Korea Tech and Tech in Asia have a wonderful story about the perils of hacking — you can end up hooking the wrong fish.

On June 25 — the anniversary of the Korean War — affiliates of Anonymous sought to take down North Korea websites, but wound up spraying fire at friends. “Confusion at start of attack,” writes North Korea Tech:

Perhaps a sign of the chaotic nature of the Anonymous hacker collective came shortly after the attacks got underway at midnight local time in Korea. One of the first targets turned out to be one of the most vocal Anonymous members on Twitter.

And then the South Korean president’s website was hit.

And then, eventually, Shandong province, China:

Although the reason is unclear, OpNorthKorea hackers attacked a government website for Zibo City, a provincial city in Shandong, China.

As Charlie Custer of Tech in Asia writes:

At the risk of incurring the wrath of the hacker collective, I must say that while I’m personally in favor of increased transparency from all governments, I’m not all that impressed by the mass website defacement that seems to be the group’s raison d’etre these days.