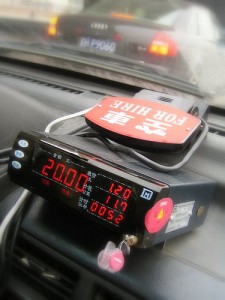 For years, as the price of everything around us in Beijing increased, taxi fares remained unreasonably low, starting at 10 yuan ($1.63) and moving at a snail’s pace when the vehicle was stalled (i.e. stuck in traffic). This has caused problems for drivers, especially during rush hour, and this, in turn, has caused problems for passengers, who have found it difficult to find open cabs during times of need.

Starting from June 10, the base fare will be increased 30 percent to 13 yuan ($2.12) for the first 3 kilometers (1.86 miles), the Beijing Municipal Commission of Development and Reform said in a statement posted on its website. Each additional kilometer will cost 2.3 yuan, up from 2 yuan currently, according to the statement.

Lest anyone thinks about complaining, here’s a bit of context:

Even after the fare increase, it remains cheaper to hail a cab in China than many other countries. Costs start at the equivalent of $7 in Tokyo, $3.30 in London and $3 in Washington.

Beijing’s cab drivers earned an average 53,892 yuan in income last year, lower than the city average of 56,061 yuan, even though cabbies usually work longer hours at about 10 hours a day, according to the local government.

We’ve known this was coming for a while — the Beijinger reported on this last wek – but it’s finally good to finally get an exact date: June 10, Monday. You have four days to buy yourself an electric bike or scooter. Take it from someone who purchased one this past winter: you’ll not know why you didn’t do it sooner.