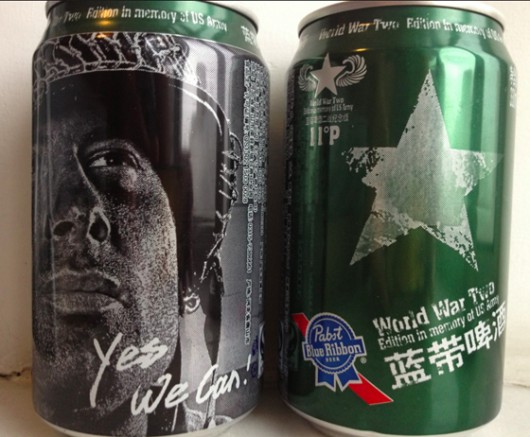 Look at the above and see how many incongruences you notice. 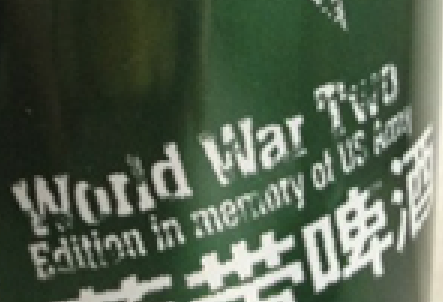 Abe Sauer of Brand Channel points out that this can is specifically tailored for the Chinese market (thus the Chinese), and that it’s been around since 2009, if this Cantonese commercial is any indication:

What was Pabst thinking? Who knows. But maybe the beer brewer was hoping to capitalize on the popularity of America’s role in defeating the despised Japanese in 1945. The commercial makes a specific point to call out battles in the Pacific theatre, including those at Leyte Gulf, the Marshall Islands and Midway—all major US defeats of Japanese forces during World War II.

Bizarre indeed. If anyone sees this beer on a shelf anywhere, do tell. I’ve gotta know if it tastes like whoop-ass, as it were.