The latest case of chengguan violence comes from Ganzhou, Jiangxi province, where officers reportedly beat up the boss of a restaurant and his family and acquaintances.

On June 9, after a meal, chengguan went to the parking lot and found a car blocking its way. They demanded that the vehicle be moved “within three seconds.” The restaurant’s boss came out, but unable to move the car within three seconds, he suffered a beatdown.

Reports are that up to 60 chengguan were at the scene, and that eight people suffered injuries. Among those, one woman, said to have been trying to protect an 11-year-old boy, took a nasty blow to the head, and was sent to the hospital. The latest report is that she’s in danger of losing sight in her right eye.

More info as it becomes available, but here’s a picture of one of the victims: 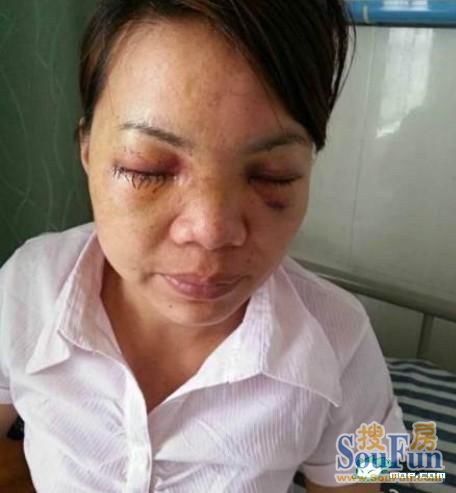