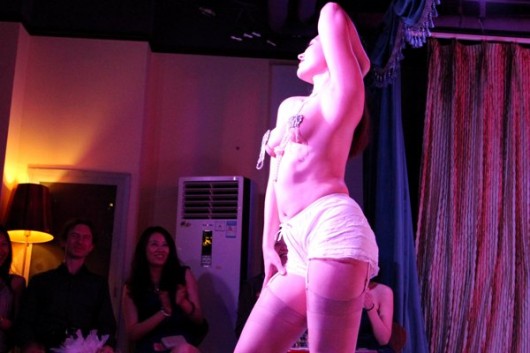 Happy Father’s Day links to you fathers out there. Everyone else, get crackin’. (No, just kidding. The world does not need more people.)

Shit. “The detention of Beijing-based video and photojournalist Du Bin, 41, is likely related to his work, said democracy activist Hu Jia, who said he’s been a close friend of Du’s for more than a decade. Du had recently completed a documentary exposing torture allegedly inflicted on detainees at a notorious labor camp in northeastern China as well as a 600-page book about the 1989 military crackdown on pro-democracy protesters in Beijing, published in Hong Kong. // Hu guessed from the timing of Du’s detention late last month that authorities were being particularly sensitive during the anniversary of the June 4, 1989, Tiananmen crackdown.” (AP)

A long piece on traditional medicine. “The combination of traditional medicine and hospital setting, of pseudoscience and life-saving treatment, might seem strange. But in modern China, traditional Chinese medicine (TCM) is not the realm of private enthusiasts, spiritual advisers or folk healers. It’s been institutionalised, incorporated into the state medical system, given full backing in universities, and is administered by the state. In 2012, TCM institutes and firms received an extra $1 billion in government money, outside the regular budget. TCM as a whole is a $60 billion dollar industry in mainland China and Hong Kong.” (James Palmer, Aeon Magazine)

So many dialects. “Linguists Steve Hansen and Kellen Parker are enlisting volunteers to canvass the country to capture both the languages and the stories of all of China’s 2,862 counties and 34 provincial areas. Phonemica, founded last year, now has about 200 Chinese and Chinese-speaking foreign volunteers lined up to record their friends, parents and grandparents, telling a story in fangyan (regional speech).” (WSJ)

Corollary: “What is the distinction between a language and a dialect?” (Sinoglot)

China’s stance on Edward Snowden is currently no stance. “‘China will not take a clear-cut stand now,’ said a source with ties to China’s leadership, noting that the presidents of the two nations held a successful summit less than a week ago. // ‘China will not become involved at this stage and will wait for things to develop,’ the source told Reuters, requesting anonymity to avoid political repercussions for speaking to a foreign reporter. // ‘China is likely to refrain from using harsh words against the United States now. Americans and the rest of the world are already criticizing the United States.’” (Reuters)

Drive-by chai. “Two buildings on Guangzhou’s Shishu Road which represent a rare form of architecture were leveled on the morning of June 11 in spite of locals having written to the government to protest, Xinhua reports. Both were built during the Republic of China period in the 1940s.” (The Nanfang)

1 million dollars. “A tailor in Hong Kong has produced what he claims to be one of the world’s most expensive suits. // With 22-carat gold stitching, a gold waistcoat and diamond-encrusted gold buttons, the one-off was sold on May 29 for HK$1 million (US$129,000). It took Apsley Tailors 200 hours to make the suit from the finest wool, with gold woven into the fabric.” (SCMP)

Monks in Glastonbury. “A group of Tibetan monks are set to take the stage at Glastonbury next month after signing a global record deal. // The holy men have signed with Decca records, once the label of the Rolling Stones, and have performed on stages around the world for decades. // The Gyuto Monks, whose oldest member Lobsang Tsering, 78, was among 80 monks who fled Tibet with the Dalai Lama in the wake of the 1959 upheaval, is based in Dharamsala in northern India, home of the Tibetan spiritual leader.” (Daily Mail)

“China in Africa: the new imperialists?” (The New Yorker)

Via the Beijinger: “Beijing plans to install 1,000 safety nets and protective devices to prevent cyclists, pedestrians, and the otherwise oblivious from falling into open manhole covers, a report on Weibo indicated.” 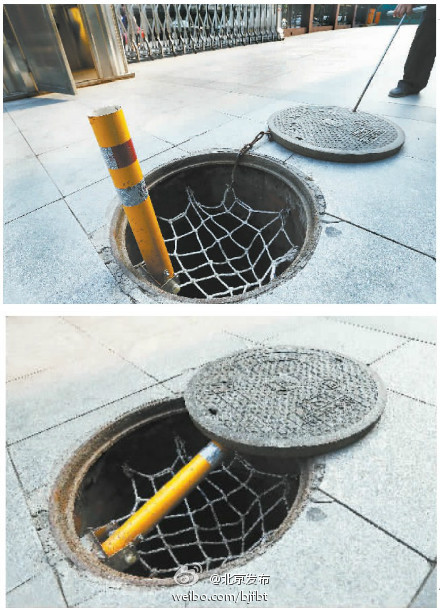