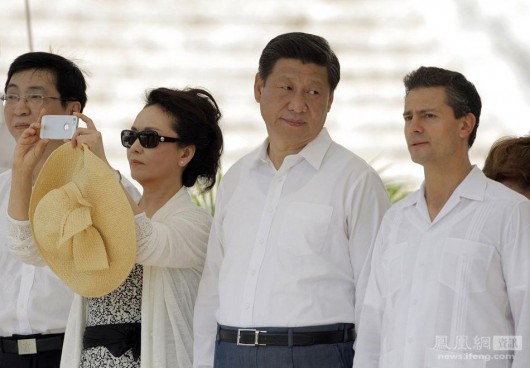 Enjoy your Friday evenings. We’ll send you off with a musical something-or-other in a little bit, but links for now.

Chinese miners attacked. “124 Chinese allegedly involved in illegal gold mining were reported to be detained in Accra, the capital of the resource-rich West African country of Ghana. The Chinese Embassy in the country confirmed the arrests to Xinhua News on Wednesday.” (Offbeat China)

Ring roads for everyone! “The 940-kilometer highway is expected to open in 2015. Beijing would only cover 90 kilometers, linking the city’s distant districts, and the rest will extend into Hebei province. It will be connected to many existing highways, including the Beijing-Shenyang Line and Daqing-Guangzhou Line.” (China Daily via the Beijinger)

Precedent? “Facebook and Twitter, the world’s two largest real-time social media network services, finally went live in China, but only in one small location and for the next few days. // Chengdu, host of the Fortune Global Forum this year, surprised journalists who flew in from all over the world to the mainland’s western financial capital when it allowed access to Facebook and Twitter. The sites have been banned on the mainland for many years.” (SCMP)

Go Nanjing. “Nanjing, a city of more than 8 million, is set to host the Asian Youth Games from August 16 to 24. According to the local paper Yangtse Evening News, the Nanjing organization committee is ‘lobbying’ relevant national authorities to open up the Internet. According to one official, tests had been performed to open up Facebook and Twitter. Nanjing’s mayor said that young people from around Asia will be able to ‘enjoy an open and unimpeded Internet environment,’ but mind you, only during the Games.” (Tea Leaf Nation)

Would be a good idea. “‘If you can’t ban sex totally, then you can’t ban pornography,’ explains Professor Li, a sociologist at the Chinese Academy of Social Sciences. ‘Pornography to sex is like a restaurant menu to food — if you can’t ban people from eating, you can’t ban people from seeing the menu.’ // Amid hate mail and threats, Li has repeatedly urged the regime to overturn its bans on pornography and prostitution. The laws are outdated and unconstitutional, she says, and for many, pornography is the only source of sexual education. Ignorance about sex is endemic, Li explains, and the consequences can be dire: She cited the case of a boy who castrated himself out of fear as he experienced his first erection.” (The Atlantic)

Eeek. “After a heavy night of drinking, an unidentified foreigner picked up a prostitute outside a bar in Guangzhou. After haggling for a while with the 50 year old woman, the two cut a deald for 500 yuan and were seen leaving together in a taxi and checking into a nearby hotel. // Unfortunately for the foreigner, he made the rookie mistake of giving the woman a glimpse of his bulging wallet at the hotel, when he was paying for the room. So, whilst he was inebriated and soundly asleep, the woman took the opportunity to rob him of $20,000 and 4,000 yuan. She was seen leaving the hotel alone an hour later.” (Shanghaiist)

Hutong project still seeks funding. “We now aim to single out 8 of the most interesting hutongs left in Beijing, go there and perform interviews in Chinese with at least one citizen on each street. Together with the citizen’s personal story, we will also add historical facts and make a profile of each particular hutong. // Of the collected material we will make a coffee table book in full color. Apart from the 8 streets, we will do a opening chapter on the hutong’s history, complete with maps and accurate facts. There will also be an ending chapter on the future of the hutongs, as we predict it, including commentaries and interviews with people familiar with the matter.” (Jojje Olsson, Indiegogo)

Backstreet Boys serenade pandas. “Today’s recipe for perfection: take five adorable baby pandas and five hunky members of your favorite ’90s boy band. Then record them all hanging out and put it on the Internet for the world to see.” (Time)

Hacking update. “After years of quiet and largely unsuccessful diplomacy, the U.S. has brought its persistent computer-hacking problems with China into the open, delivering a steady drumbeat of reports accusing Beijing’s government and military of computer-based attacks against America. // Officials say the new strategy may be having some impact.” (AP)

Another terrific piece of reporting by @suilee on self-immolation of young Tibetan woman http://t.co/EMq5Pp4fEh

It's true. I can access Twiiter with no VPN from Fortune Global Forum here in #Chengdu.

This is Shanghai timelapse interlude, via Shanghaiist:

“The Most Beautiful China” contest, via Sina: 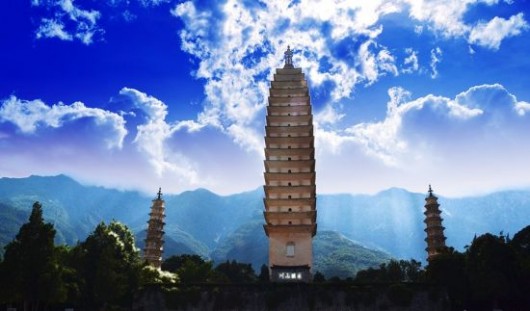 2 Responses to “Friday Links: Seventh Ring Road under construction, Chinese miners attacked in Ghana, and “This is Shanghai” timelapse”