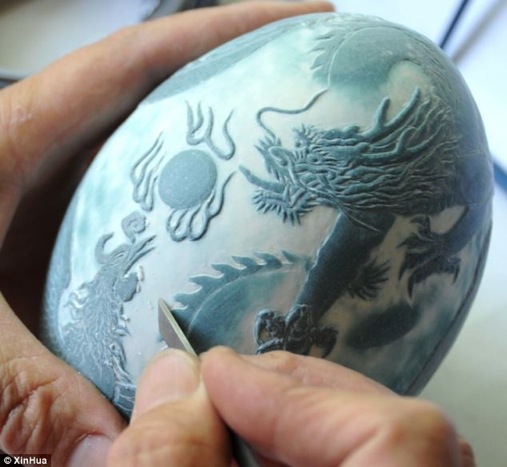 Living pigs block highway in Anhui. “A minivan stocked with 188 piglets overturned on a road in Lujiang county, Anhui, spilling its contents across the freeway. The pigs managed to escape from the rolled car unharmed, and stopped traffic long enough for People.com.cn photographers to get some great photos of confused policeman and rambling swine.” (Shanghaiist)

Edward Snowden, friend of China. “It’s true that this is likely to sap some goodwill from the U.S.-China relationship, though a drawn-out extradition battle would have been even messier. From Beijing’s perspective, Snowden was an asset of diminishing value: he had already given Chinese authorities a gift that will be paying dividends for years to come. In an interview, he said that the N.S.A. ‘does all kinds of things like hack Chinese cell phone companies to steal all of your SMS data’; he described the hacking of university computers in Beijing and of systems run by Pacnet, a telecommunications company. Xinhua, the state news agency, responded with glee. ‘These, along with previous allegations, are clearly troubling signs. They demonstrate that the United States, which has long been trying to play innocent as a victim of cyber attacks, has turned out to be the biggest villain in our age.’” (Evan Osnos, New Yorker)

Learn from Edward Snowden. “Between the continuing Sino-U.S. spat over cyberattacks and Edward Snowden’s leaks of what he says are details about U.S. surveillance programs, it only makes sense for Internet companies to double down on efforts to protect sensitive data. // In that regard, an Alibaba Group Holding Ltd. internal memo sent on Monday to employees instructing vigilance in defending its internal information seemed appropriate. Then the letter found its way onto the Internet.” (WSJ)

Coffee, eh? “The People’s Daily ran a lengthy article yesterday saying paraxylene (PX) is no more harmful to people than coffee, in an apparent bid to “de-vilify” the controversial chemical that has led to several protests. // But the piece sparked scepticism and criticism online, with some people accusing the newspaper of deliberately ignoring the true reasons behind the protests – concern about the petrochemical industry’s poor safety record and a lack of transparency involving decision-making and safety supervision by both the industry and local governments.” (SCMP)

Pizza party before big escape. “Over the weekend, Edward Snowden celebrated his 30th birthday in a most American way: with pizza and fried chicken, according to one of his lawyers. // Then, according to another lawyer familiar with his case, Mr. Snowden made a ‘very sudden’ decision to make a dash for Hong Kong’s airport to board a flight. He didn’t even take luggage, according to the lawyer, even though Mr. Snowden was leaving his temporary home of several weeks for a final destination that, even on Monday evening, continued to be a mystery.” (WSJ)

Prison labor. “Australian flag carrier Qantas launched an investigation on Wednesday into claims it purchased headphones made in a Chinese jail where inmates who miss production targets are reportedly beaten and held in solitary confinement.” (AFP)

Ew. “Six human heads were found in a locked suitcase floating on a lake in Bengbu City, Anhui Province on Saturday morning, local media reported today. // Police ruled out the possibility of murder and suspected that they were dumped as medical waste, Xin’an Evening News reported.” (Shanghai Daily)

Dogs reprieved. “Chinese animal activists flocked to Yulin, Guangxi province, to save the lives of hundreds of dogs before the local dog meat festival began on Friday. // More than 20 activists from various cities in China, most of them Buddhists, spent more than 100,000 yuan (around HK$126,000), most donated by animal lovers, to buy and save around 400 dogs from the local markets.The activists have re-settled these dogs on a farm in Shangrao, Jiangxi province.” (SCMP)

China speaks back to US re: Edward Snowden. (Xinhua)

“Why Obama’s Climate Change Plan Is Hopeless Without China.” (the Atlantic)

“No Beijing Landmarks Destroyed in ‘Transformers 4.’” (the Beijinger)

Via Shanghaiist: “Renmin University’s redesigned home page (it’s back up, can be viewed here) was knocked off-line on Monday evening after photos of an attractive graduate brought too much server traffic and crashed the site.” 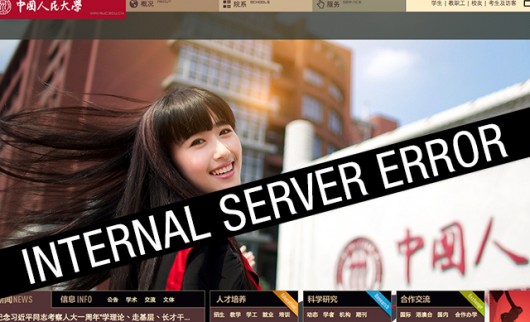