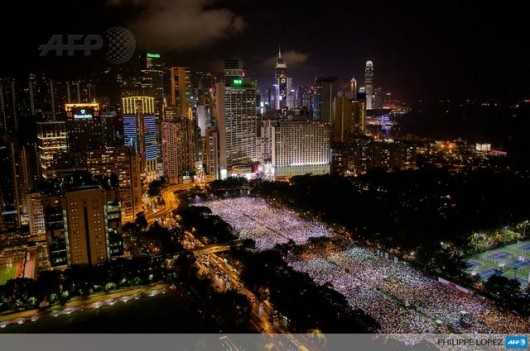 Big links edition today, so with no further ado…

Horrifying. “A fire breaks out in a Chinese factory, and panicked workers discover one exit after another is locked. That describes not only the poultry plant fire that killed 119 people this week, but a toy-factory blaze that left 87 workers dead 20 years earlier. // The similarities between the two worst factory fires in China’s history suggest that little has changed for industrial workers even as the country has transformed its economy. // The bolted doors, clearly a violation of Chinese law, are emblematic of the often callous approach to worker safety in China that leads to frequent industrial disasters and an annual death toll in the tens of thousands.” (AP)

Corollary: “People of his generation were taught to avoid politics. Keep focussed on work, or on getting a job, and you’ll be fine. But what happens when, instead of looking for politics, politics finds them?” (Evan Osnos, The New Yorker)

Corollary: The list. (China Digital Times and Blocked on Weibo)

Corollary: Sina Weibo disabled the candle emoticon. Not like people will notice or anything. (Offbeat China)

Oh dear. “A 66-year-old apparently male patient made a stunning discovery when he sought treatment for swelling in his abdomen. The swelling was a cyst on his ovary and he was in fact a woman. // …The 66-year-old Vietnam-born Chinese man is an orphan. He has a beard, small penis and no testes. Just 1.37 metres tall, he has decided to continue perceiving himself as a male and may receive male hormone treatment, the report said.” (SCMP)

Not smart. “A 65 year-old foreign man whose first name is Noel has been taken into custody under suspicion of smuggling cocaine into Beijing in his underwear. At around 5:00 on May 25, Noel arrived at terminal 3 of Beijing’s Capital Airport. When he was going through customs, officers noticed that he was behaving abnormally, and proceeded to carry out an inspection.” (eChinacities)

Horray for competitive eating. “This Saturday, June 8 at 8pm, 3sums is hosting Beijing’s First Annual Miniburger Eat-a-thon. Despite calling it an “eat-a-thon,” this is far more like a 100-meter dash. The premise? Eat 16 mini-burgers in 16 minutes or less.” (the Beijinger)

For those of you who might have accidentally worn black yesterday… “Activists in China are taking to social media to urge the public to wear black on the 24th anniversary of the bloody military crackdown on protesters who had camped out for weeks on Tiananmen Square.” (AP)

Something different. “Thousands of people armed with plastic water guns and buckets battled on the streets of a southwestern Chinese city Monday, drenching each other as part of an annual Buddhist-inspired festival. // A record of around 100,000 people were expected to take part in the event in Jinghong, a few hours drive from China’s border with Myanmar.” (AFP)

I forgot, we live in 2013, right? SCMP: No miniskirts on buses, Beijing police tell women to avoid harassment http://t.co/riZLFqFUs4

The green light says my TV is on… #watchingBBConJune4 http://t.co/n2PTsAQ0G1

Deng Xiaoping greeting the army just after the crackdown. Photo is from an official CPC website. Still censored. pic.twitter.com/e6tUGSUDh4

Jing A in the Big Smoke for you Beijing beer lovers. (Beijing Boyce)

Hospitals in Beijing. (The BJ Reviewer) 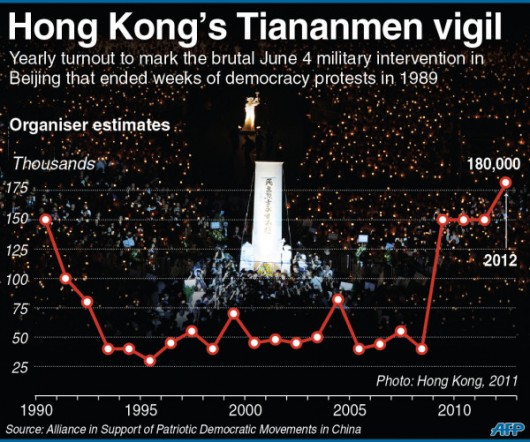 “The Night of Muxidi, Beijing, by Achiu,” via China Digital Times 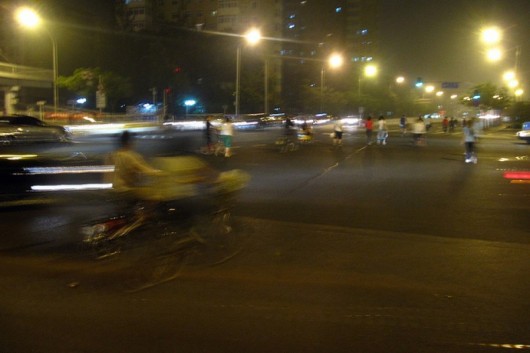 One Response to “Mid-Week Links: 119 dead in poultry plant fire were locked in, 66-year-old man finds out he’s a woman, and Chinese media punked again”