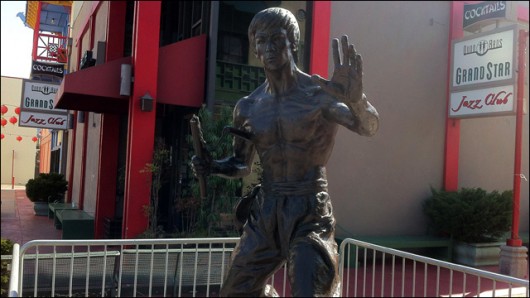 Via Angry Asian Man: “Over the weekend in Los Angeles, the one and only Bruce Lee was honored with the unveiling of a new statue of the martial arts legend in Chinatown — the first and only statue of its kind in the United States: Historic Dedication Made In Honor Of Bruce Lee During LA Chinatown’s 75th Anniversary.”

I’m on the road until next month, so apologies in advance for sporadic posts. Links now.

Chinese students attacked in France. “China’s internet users reacted with outrage to reports of a racist assault on six Chinese students studying in France, while others denounced the victims as children of wealthy officials. // The oenology students were attacked early on Saturday in the wine-producing Bordeaux region, France’s interior ministry said, describing the violence as an act of xenophobia.” (SCMP)

Propaganda commence. “China’s official army newspaper on Sunday branded the United States Internet surveillance programme exposed by former spy Edward Snowden as ‘frightening,’ and accused the US of being a ‘habitual offender’ when it comes to network monitoring. // The People’s Liberation Army (PLA) Daily hit out at the US for implying that spying on citizens from other countries was justified, and said that the PRISM monitoring programme had probably been used to collect large amounts of data unrelated to anti-terrorism operations.” (AFP)

Whoa, Tracy. We can hear you.

Journalist: Tracy, this past season you played in the CBA. Which Chinese players do you think have the potential to play in the NBA?

McGrady: None. Not one.

Journalist: What about Wang Zhelin?

McGrady: I don’t know who that is.

Journalist: The really tall one, taller than 2.13 meters.

McGrady: I don’t know him. China has a lot of tall young guys. I can’t remember.

That’s nice of them. “Police came to the help of a distraught foreigner who had burst into years after getting lost in his apartment complex in Nanjing on June 10, chinanews.com reports. // The man, a French citizen surnamed Royer who had recently arrived in the country, approached apartment security for help when he couldn’t remember which one of the 91 buildings (!) in the complex contained his apartment.” (Shanghaiist)

Edward Snowden’s hottie girlfriend… in China? “It has been reported that Edward Snowden left his girlfriend, Lindsay Mills, when he went to Hong Kong. // But are we sure about that? A tipster sends me evidence that shows that Mills once lived in China for six months, and spoke to a Hong Kong photographer about her desire to visit Hong Kong — the very city, as it happens, where Snowden is now staying as he seeks a country that will give him asylum.” (Patterico’s Pontifications) 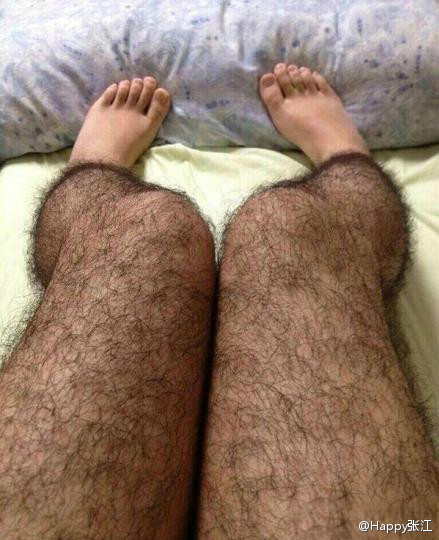