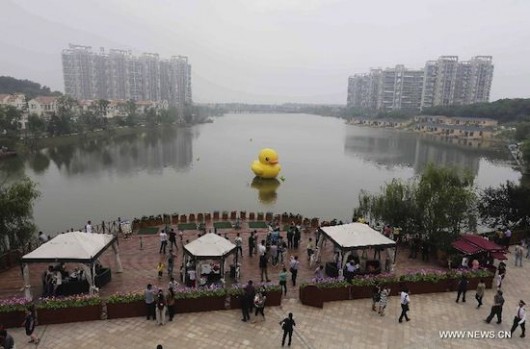 Noting the wild popularity of Hong Kong’s big rubber duck in Victoria Harbor, designed by Florentjin Hofman, Wuhan went ahead and got its own. It’s made by a property company, notes Sina. 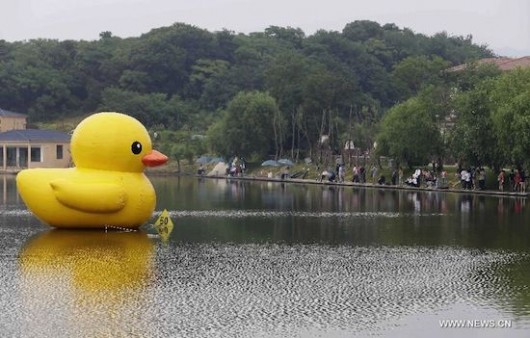 2 Responses to “Wuhan Has Its Own Giant Rubber Duck, But Smaller”