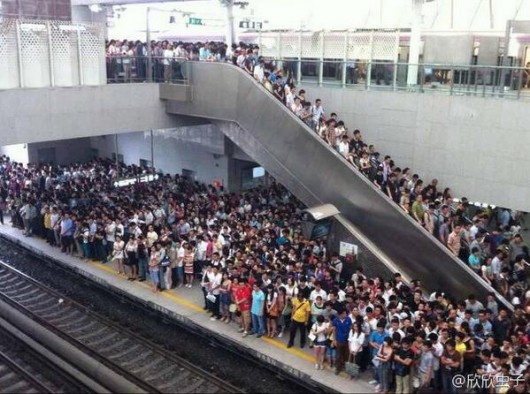 Dashan’s speaking at Capital M tomorrow afternoon, i.e. not before these links.

A reminder of the awful consequences of the 1989 crackdown. “A dissident who spent 17 years in a Chinese prison and had been missing for three days has been found safe on the city’s northwest side. // Indianapolis Metropolitan Police Department spokesman Lt. Christopher Baily said Wednesday Yu Dongyue was located by ‘concerned citizens.’ // …Yu’s imprisonment — after he threw eggs with red paint on a portrait of Mao Zedong during the Tiananmen Square protests in 1989 — drew international attention as human rights groups pressed for his freedom. But he was released a different man, battered by abuse, with diminished mental and verbal abilities.” (USA Today)

“I’m a massive respecter of chicks.” “In Apologies to My Readers, McConnell take the reader on a wild journey into the pitch-dark soul of China: its foreign nightclub scene. Check your inhibitions at the door, and prepare for Gonzo action galore in this exclusive extract, below.” (China Daily Show)

Great at hide and seek, bad at parenting. “A terrified six year old approached police at Fuzhou West Lake this month saying he’d lost his father during a game of hide and seek. // The boy had searched the vicinity of the lake for over 40 minutes but failed to find his father. Only with the assistance of police officers was the man located, hiding underwater using a reed to breathe.” (Shanghaiist)

With captioned video. “A wedding day photoshoot ended in violence when two groups of Chinese tourists got into a fist fight in a French lavender field.” (SCMP)

Donald C. Clarke on Yi Yanyou. “Prof. Yi’s remarks don’t come out of nowhere – he is in fact channelling a distinction well known in traditional Chinese law (it is codified in the Qing Code) between woman of good family (良家妇女) and licentious women (犯奸妇女). If, for example, a man saw a women engaging in illicit sexual intercourse with another and then raped her afterward, then because she was a licentious woman it could not be called rape but should instead be classified as illicit intercourse by trickery.” (Chinese Law Prof Blog)

Boo. “Yesterday, after continuing rumors that was about to happen, China Unicom finally announced its WeChat-specific subscription plan. The plan, as we reported yesterday, will give users unlimited access to WeChat without counting any of the app’s traffic towards their monthly data allotment (if they have a data plan at all). It’s a clever move on the part of the telecom, and one that I had previously suggested would make a lot of sense as China’s telecoms struggled to replace the revenue they’ve lost in SMS and calling fees as users switch to smartphone apps.” (Tech in Asia)

Another iPhone shock incident. “A 30 year old Beijing man is in a coma following an electric shock, the second incident involving a charging iPhone in a week. // According to Xinhua, Wu Jiantong collapsed at around 10pm on Monday after connecting his iPhone 4 to a charger. He’d had the phone for two years.” (Shanghaiist)

Bruce Lee’s new home in Hong Kong. “Now, a new exhibition in Hong Kong is taking an in-depth look at the life and legacy of Bruce Lee, who became an international star with his classic kung-fu movies, including ‘Fist of Fury’ and ‘Enter the Dragon.’ //  ‘Bruce Lee: Kung Fu ‧ Art ‧ Life’ opens Saturday — 40 years after he died on July 20, 1973, of a brain edema at the age of 32 — at the Hong Kong Heritage Museum, where it will run for the next five years.” (WSJ)

What I'll miss in Beijing: randomly asking for portrait on the street! #Beijing #portrait #bird… http://t.co/JreCcYkWfp

A cool movie about China and Japan interlude:

“On Being Black in China.” (The Atlantic)

Introducing: (The Art of Life in Chinese Central Asia)

“Xinhua has a list of seXXXy nude beaches for you (NSFW-ish).” (Shanghaiist)

“Terminally-Ill Student Gets Top Marks on Gaokao As Final Fillial Act: An A+ to Die For.” (Sinopathic)

On Chinese golf. (The Li-Ning Tower)

“Barriers to Education for Persons with Disabilities in China.” (ChinaFile)

“Cuba says missiles and MiG fighter jets found hidden in sugar aboard North Korean ship were being sent to the secretive state ‘for repairs.’” (Daily Mail) 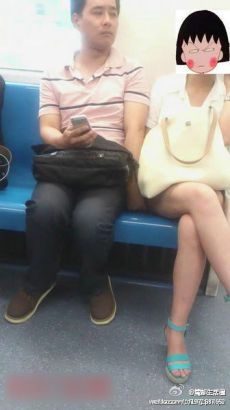