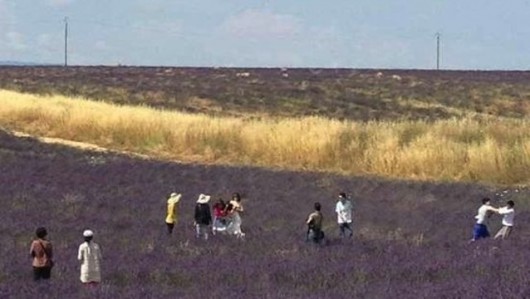 A couple of breaking stories pushed these links to past 10. You don’t mind.

Don’t build any refuse incinerators in their backyard. “About 10,000 people gathered yesterday in a township under Huadu district, Guangzhou, to demonstrate against plans to build a refuse incinerator in the national hub for leather-goods manufacturing. // The demonstration, approved by Shiling township officials, began at around 3pm at the Qianjin village committee office, with about 3,000 participants.” (SCMP)

Teams apparently agreed to trade wins. Hmm. Makes sense. “Tianjin Teda’s 3-1 victory over Liaoning Whowin has led to many in the media and footballing community to cast a suspicious glance over the match. // In a midweek CFA Cup match between the two sides, Liaoning crushed struggling Tianjin 5-0, with on-form Edu scoring a hat trick and Pablo Brandan supplying two more. The midweek match was originally supposed to be a home match for Tianjin, but the clubs agreed to play it in Huludao, making Liaoning the home side. // For last night’s match, Liaoning left out all of its foreigners from the lineup except Shavkat Mullajanov, who was an unused substitute. At the same time, the only player on Tianjin who started in both matches was Li Benjian, as the club made 10 changes between the two starting XIs.” (Wild East Football)

Journalist attacked. “Journalists from the Nanguo Metropolis Daily 南国都市报 from Hainan went yesterday to investigate claims of fraudulent activities by a company in Hainan. They emerged with only a few scratches to their cameras, but their colleague from Hainan Live TV was not so fortunate, sustaining injuries to his face and hands after being beaten up when attempting to record an interview at the company’s offices.” (Danwei)

Man drowns in self-improvement seminar. “On May 18th, Liu Minjian, the founder of the school and one of its tutors, introduced a lesson by which one can conquer one’s fear by holding one’s breath under water in a swimming pool at a professional training session for ‘emotional management.’ The victim, a Mr Huang, volunteered to take part in this lesson. As Liu stood by the pool’s edge and supervised, [his employees] with the surnames Hu and Li forcibly held Huang underwater to make him feel fear [as per the lesson]. Liu would count off 30 seconds before allowing the victim Huang to surface and breathe again, after which Huang was then forced under water again. After repeating this cycle several times, the victim ultimately drowned as a result of not having enough energy to struggle; all attempts to resuscitate him failed.” (Sinopathic via Sohu)

Bad execution. “A Chinese court’s bumbling efforts to explain why it executed a convicted property developer without notifying his family have stoked public outrage and invited new public scrutiny of the case while also reviving an acrimonious debate over use of the death penalty in the country.” (WSJ)

Hacking North Korea. “Publishing in multiple languages and on two separate websites, North Korea’s state media service the Korean Central News Agency (KCNA) has recently been increasing its output to as many as 80 articles per day – in Korean, Chinese and English. // The site is regularly hacked by groups such as Anonymous who regularly slow down––but rarely disable––the Pyongyang-based domain. Hacking, however, can sometimes have a more productive use. A tool coded by New Zealander Frank Feinstein that archives and visualizes state propaganda has been making the otherwise daunting task of reading between the Pyongyangology lines significantly more easy.” (NK News)

Entertaining book review. “David Shambaugh is a Very Serious Man. If you don’t know who David Shambaugh is, hasten thee to his Wikipedia page (which he clearly did himself, so utterly dogmatic is its description of him: Professor of Political Science and International Affairs at George Washington University in Washington DC, as well as non-resident senior fellow at the snoozzzzzzzzz). Essentially, Shambaugh is a policy wonk and he’s Big in China.” (James Palmer, That’s Beijing)

A movie review that pans — though it takes a while — the Shanghai-based Tiny Times. “Whatever happened to Chairman Mao’s proclamation that ‘women hold up half the sky’? In Tiny Times Chinese society has regressed to an earlier era. Years of accelerating economic growth have brought unprecedented social and geographic mobility, and increased pressure on Chinese men to succeed, to follow the trail of power and money, leaving their women behind.” (ChinaFile)

Forgeries in Chinese museums. “Chinese authorities forced the closing of a museum curated by a local Communist Party boss in northern China after determining that almost all of the items in its 50 million-yuan ($8.1 million) collection were fake.” (Bloomberg)

About that death by iPhone electrocution story… (Atlantic Wire)

“Drowning has become the most common cause of death among 5-14 year olds in Guangdong Province, according to the Guangdong Centre for Disease Control and Prevention.” (The Nanfang)