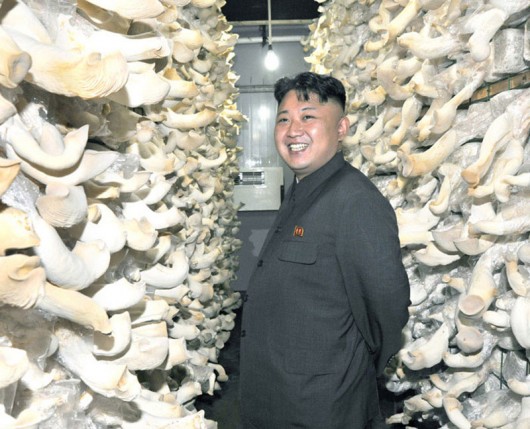 We never knew this side of you, Kim Jong-un. The blissful, untroubled, radiant, jocund, glowing you.

And all it took were mushrooms. 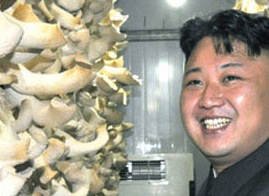 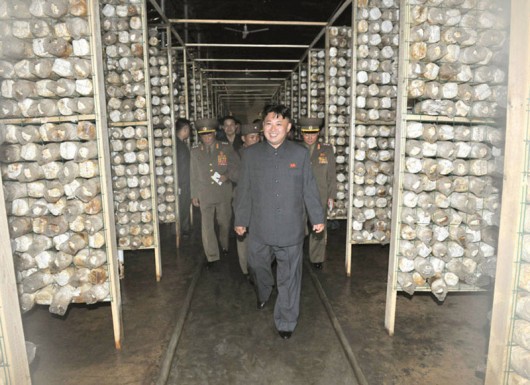 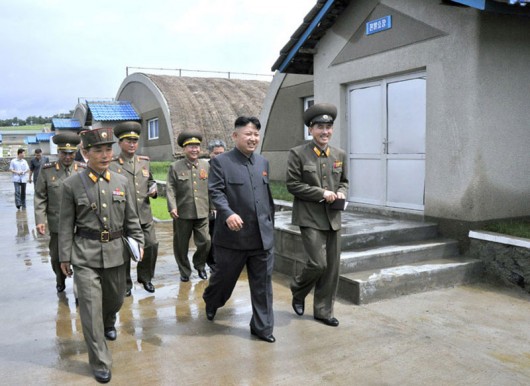 That’s it. No nuclear attack impending.

Via CRI: “North Korean Leader Kim Jong-un visits the mushroom factory of the Korean People’s Army on July 16, 2013. The cultivation fields can produce mushrooms during the whole year to ensure a stable output. Kim Jong-un expressed his hope that more such factories could be built and he is determined to make North Korea a land of mushroom.”

UPDATE, 7/18: Now we know why he loves mushroom farms.

2 Responses to “Nothing Makes Kim Jong-un Happier Than Mushrooms”