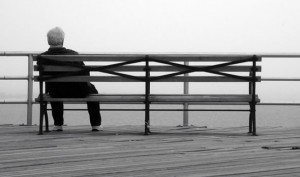 Last Monday, a curious new Chinese law called the Protection of the Rights and Interests of the Elderly went into effect, forcing the country’s healthy adults to visit their parents on a semi-regular basis. “Family members who live apart from their parents should visit often or send their regards to their parents,” the law stated. (That same day, a court in Wuxi, Jiangsu province cited the law in an actual court case.) But most people say the law is more symbolic than anything, a piece of regulation designed to remind the cosmopolitan, rapidly modernizing citizens of China of their traditional Chinaness, which includes filial piety.

But the legislators probably weren’t expecting China to see their gambit and raise them another full stack of China. In what can only be described as an overwhelmingly modern Chinese response, a service has appeared on Taobao, the country’s online bidding site, for surrogate parent-visitors. That’s right, you can hire someone to visit your elderly relatives if you’re too busy / callous / lazy / narcissistic / gerontophobic to do it yourself.

“One hour costs 150 yuan [HK$190], one day costs 300 yuan,” said Jiang, who gave only his surname and was offering the service on Taobao, China’s largest e-commerce platform.

For that price, Jiang and his wife would visit any customer’s elderly parents anywhere in Beijing. The central district of Chaoyang would be cheaper, he said.

Jiang said he used to deliver flowers, but when the Law on Protection of the Rights and Interests of the Elderly entered into effect on July 1, he tried to fill the market niche.

Of course there would be a market niche, because this is, after all, China, where young folk routinely hire boyfriends or girlfriends to accompany them home to meet the parents. Few places are more entrepreneurial than here, so the only surprise is that it took a week for someone to start this business.

Yet still, somewhere out there, Confucius rolls in his grave, and the King of Loneliness sheds a singular tear. Is there anything worse than growing old to see your children abandon you on the shore of paltry things, the ship to Byzantium receding, aglow, into a distant sunset?

On Taobao, hire someone to visit your parents for you (SCMP, h/t Alicia)