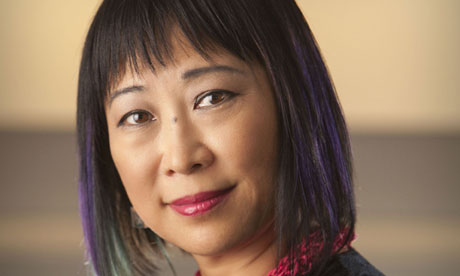 We wrote about Ping Fu earlier this year when she was called out for lying in her memoir, Bend, Not Break. It looks like the author is in the news again, giving an interview with SCMP in response to a lawsuit threatened by Soochow University, Fu’s alma mater, along with some of her former classmates who remain upset over the “falsehoods” in her book.

The author had this to say:

“I would like to issue an open apology for the description that appears about [Soochow University] conducting intrusive physical checks on all female students’ periods for birth control purpose.”

If she stopped there, she would have done herself a favor. But she continues:

That echoes a claim she made in a New York Times interview in February, in which she blamed factual errors in her book on “emotional memory.”

SCMP published a transcript of its Q-and-A with Fu, in which the author adds:

Sounds like excuses instead of an apology. And that’s a pity. With her success as CEO of Geomagic, a pioneer in 3D printing, Fu could have been a role model for many. Instead, her reputation has been tarnished, and she’ll forever be known as one who lied about the Cultural Revolution. I guess the moral of the story is don’t exaggerate stories in your memoir, especially if you’re writing about shared experiences, where many of those who can — and will — fact-check you have no such problems with “emotional memory.”

Alicia is the co-founder of Prep! Beijing. Follow her @alicialui1.