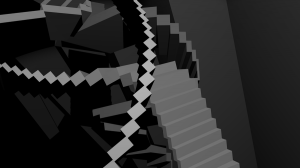 If you enjoy climbing stairs, this would be very fun for you: a race up the 2,041 steps of the China World Summit Wing, the tallest building in Beijing.

The Vertical World Circuit is coming on August 3 with a race called the China World Summit Wing Hotel Vertical Run. It is reportedly the first “vertical marathon” in China.

Contestants, both expert and amateur (go sign up! slots are filling up fast), will climb the aforementioned 2,041 steps of the 330-meter building, spread over 82 floors. Winner gets a pretty decent prize, according to Wall Street Journal:

Elite vertical marathon runners have been invited from 10 countries and will compete for cash prizes. The race is also open to amateurs, with the winner earning round-trip tickets from Beijing to London and three nights stay at Shangri-La’s soon-to open hotel atop the Shard in London, now the tallest building in Western Europe.

Could be fun, if you don’t mind your quads hating you for two days after.

Nearly 600 people, including four Hongkongers, joined a race to the top of the tallest building in Beijing yesterday as part of a competition featuring some of the world’s best-known skyscrapers.

Germany’s Thomas Dold came first, sprinting up the 82 flights – and 2,041 steps – to the observation deck of the China World Summit Wing hotel in nine minutes 55 seconds.