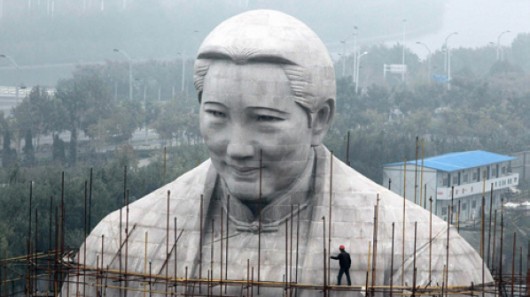 An incomplete statue of Soong Ching Ling, a.k.a. Madame Sun Yat-sen, which appeared in November 2011 in Zhengzhou, Henan province, was “quietly removed” recently, state media reported on July 4. How does one quietly remove an eight-story statue from a downtown area? Perhaps one should ask how one quietly commissions the building of an eight-story statue in the first place.

The controversy over the statue of Soong, who is also known as Madame Sun Yat-sen, first emerged in November 2011, when the Fujian-based Quanzhou Daily reported that the Henan Soong Ching Ling Foundation would spend 120 million yuan (US$19.58 million) on the construction of the statue to mark the 100th anniversary of the 1911 Revolution that toppled the Qing Dynasty (1644-1911).

Hell, it doesn’t even look like locals knew what the statue was called, or if it was actually named after Soong Ching Ling, a vice president during the Republic of China era. Reports China Daily:

The Soong Ching Ling Foundation is now under investigation. “Wasted money,” reads this Global Times headline – though it’s unknown how much money, exactly, was wasted on the statue itself, and how much was pocketed.

Web Urbanist called the statue one of the 9 worst in China. That sounds about right, if these pictures via Sina are any indication: 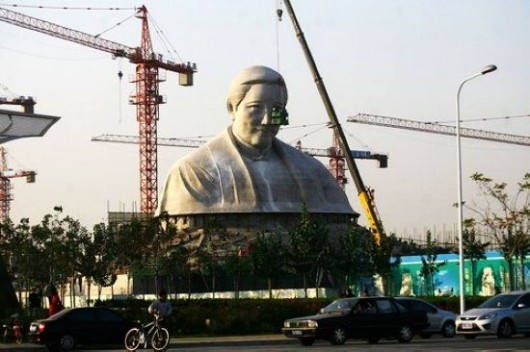 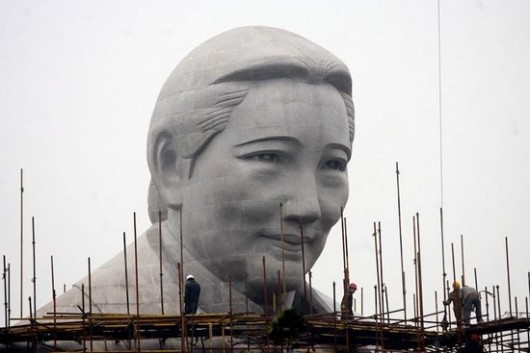 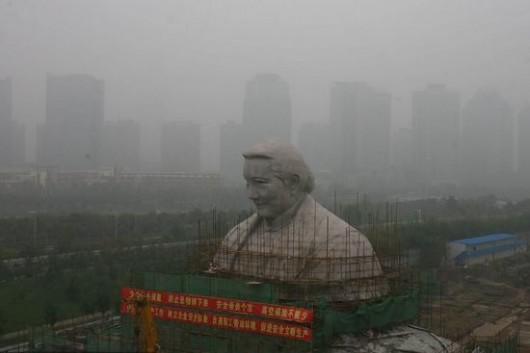 One Response to “The Weird Demolition Of A 27-Meter-Tall, Two-Year-Old Statue Resembling Sun Yat-sen’s Wife”