Kim Jong-un, who studied in Switzerland when he was a lad, enjoys skiing, so much so that he wants to build a ski resort in his home country. (Or is it because South Korea’s getting the 2018 Winter Olympics and he can’t be seen as falling behind?) Kim picked out a spot, ordered the military to complete construction by the end of this year, and has reportedly made multiple on-site checks. Everything appears to be going smoothly — except one big, huge hurdle: international sanctions.

Last week, Switzerland blocked a deal between North Korea and Swiss company Bartholet Maschinenbau to ship ski lift equipment into the DPRK. It was reportedly valued at more than $7 million, according to BBC, and was apparently the third deal to fail.

But Switzerland’s State Secretariat for Economic Affairs (Seco) labelled the resort a “prestigious propaganda project for the regime.”

“It is inconceivable that this resort will be used by the general public,” Seco spokeswoman Marie Avet said.

And so it is that the site for the Masik ski resort continues to look, well, incomplete. Our friends at Koryo Tours recently made a visit, and Simon Cockerell came back with these pictures (including the above): 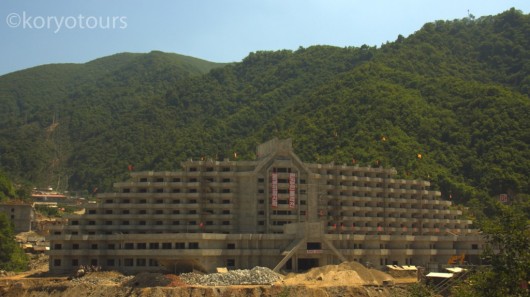 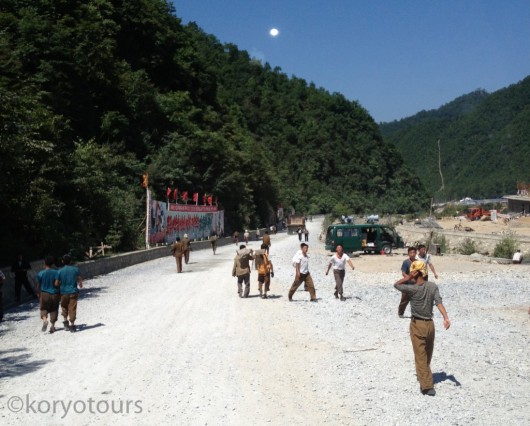 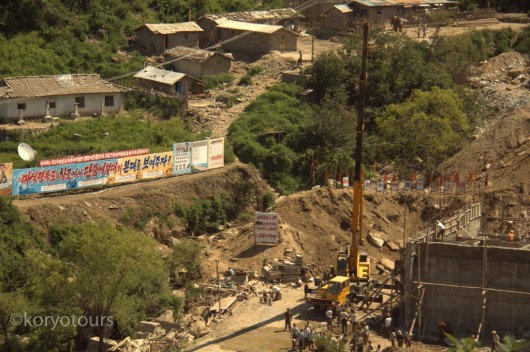 It remains to be seen how long this resort remains unfinished. It has 25 years to go, give or take, to match Ryugyong Hotel’s record.