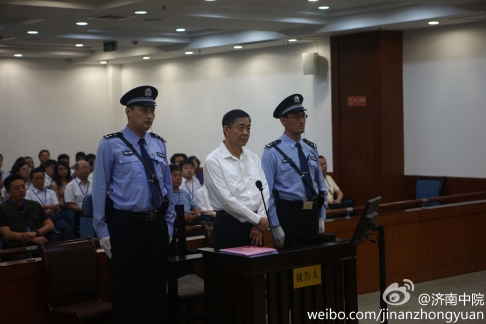 So, who indeed was the first to publicize a photo of Bo Xilai after a year and a half?

The Jinan Intermediate People’s Court, of course. (Of course.) They even beat Xinhua to it.

But who was the first to put this on TWITTER?

Jeremy Goldkorn was almost the first person to tweet about it, except he rickrolled us with Mike Tyson:

Jinan court issues picture of Bo in the courtroom pic.twitter.com/j1AcqAUgGD