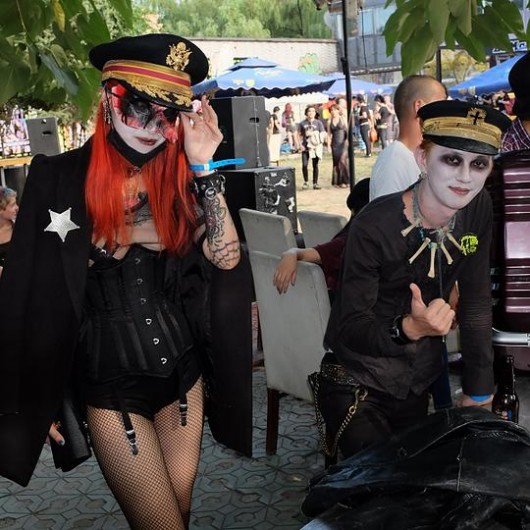 10th annual Punk Festival on Saturday at Dos Kolegas, photo by Frank Yu via the Beijinger

We could use one more hot, searing day for a proper goodbye to summer. Not ready for summer to end links.

Syria. “In what has become a predictable refrain from Beijing, the Chinese government Thursday warned the United States against conducting airstrikes against Syria. // All of the major Chinese news organizations railed against military action, saying Syria could turn into another Iraq. The Chinese also said they were not convinced that Syrian President Bashar Assad’s government used chemical weapons against its own people, as asserted by the White House. // In a statement posted on the Chinese Foreign Ministry’s website, Foreign Minister Wang Yi implied that Beijing would exercise its veto power on a U.N. Security Council resolution authorizing the use of force. The point is somewhat moot because Russia already has said it would block such a resolution.” (LA Times)

Powerful daddies. “To do well in the mainland nowadays, it pays to have a powerful dad. // This is the view of more than four-fifths of young people polled in a recent online survey. Indeed, many believe getting into elite schools, securing a good job or getting on the property ladder is less about being clever or working hard than whether their father has the clout to pull the right strings. // A shorthand phrase that encapsulates this attitude has become common currency in recent years. It is pin die, which translates to ‘compare daddies,’ or, more precisely, ‘compare the power of daddies.’” (SCMP)

Fitting. “A dog meat vendor in Hunan province died after accidently shooting himself with a poisoned dart fired from a crossbow that he used to kill dogs, mainland media reported.” (SCMP)

Any Douglas Adams quote is okay by us. “In Douglas Adams’s masterwork The Hitchhiker’s Guide to the Galaxy, Zaphod Breeblebox creates a drink called the Pan-Galactic Gargle Blaster; the effect of one  ‘is like having your brain smashed out by a slice of lemon wrapped around a large gold brick.’ Adams had obviously flew to China and been inspired by a shot of baijiu.” (The World of Chinese)

Censorship. “If you can’t beat China’s censors, why not join them? // That’s what a Harvard University professor decided to do, in a creative effort to learn firsthand just how censorship in China works.” (WSJ)

Belated apology. “Mr Chen is the most prominent among several former Red Guards, as Mao’s young supporters called themselves, who have publicly apologised in recent weeks for their actions during the Cultural Revolution of the 1960s and 70s. In the 1980s, after Deng Xiaoping’s ascent to power, Mr Chen worked as an advisor to the Communist Party on political reform (for an interview with him by Caijing, a Beijing magazine, about those heady reformist days and how they came to an end, see here in Chinese). His father was Marshal Chen Yi, one of Mao’s comrades in arms. Global Times, an English-language newspaper in Beijing, published a story quoting another alumnus of his school as saying that Chen Xiaolu was the first among the offspring of the country’s founding figures to speak up about the Cultural Revolution.” (Analects)

Hilarious story of the day. “A man was required to pay a cinema in Nanjing, Jiangsu Province 200 yuan ($32) as compensation after his ‘very wide face’ broke a pair of 3D glasses, Yangtze Evening News reported Wednesday. // But the man surnamed Wang argued that it was not his fault. // ‘My face is quite wide and they had to fit over my own eyeglasses,’ he said.” (Global Times)

so Twitter has copied sina weibo with its conversations view…4 years later. give credit where credit is due…

RT @gpolci: After seeing the @aiww exhibit at the @agotoronto my 6 year old drew this portrait of Ai Wei Wei. pic.twitter.com/fUoo0Hyoxd

“Tibetan music: more than just chanting.” (The World of Chinese)

American vs. Chinese smartphone users. (The World of Chinese) 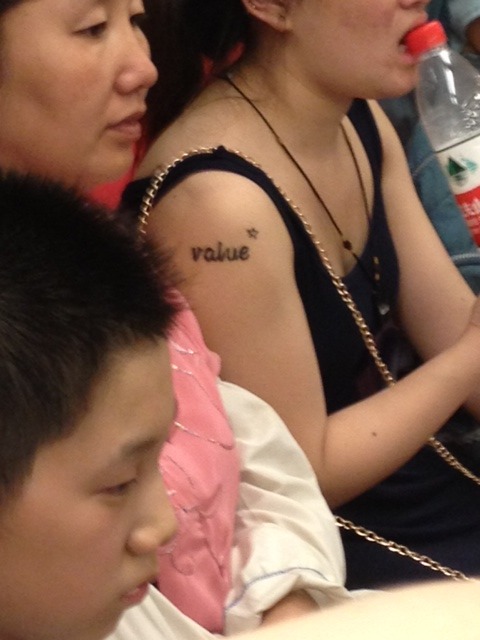