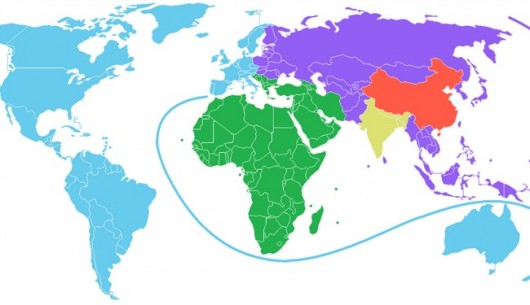 Via The Atlantic (via @Amazing_Maps)

Short and sweet links today to send you into the weekend. Morgan’s back this week, so stay tuned for Outro in a little bit.

The beggar’s code. “The world of beggars is no less complicated than any other industry. Chang has had to learn through experience that many routes are off limits. // ‘Once time I ran into a disabled man begging on Line 5. He stole my audio recorder and beat me with a steel pipe,’ she said. // The beating was a lesson in etiquette. // ‘We enter the trains from the first car and proceed to the last cabin, begging along the way,’ Chang said. ‘If you see a disabled beggar on the same line, you have to get off at the next exit or they will beat you.’” (Beijing Today)

No good deed goes unpunished. “A female shopkeeper in Shenzhen’s Baoan District refrained from calling the cops on August 9 when she saw a woman steal four large bottles of milk, Anhui Television reports. // Her reason? She didn’t want to damage the thief’s self-esteem. The thief and her accomplices have gone on to reoffend and the shopkeeper has expressed her regret at failing to call the cops.” (The Nanfang)

Look who’s coming to China. “The Doctor  is coming to Beijing on the 21st of September! To celebrate the 50th anniversary of the show, the British Embassy is holding an event in the Gallifreyan’s honour. A trailer for the new series will be shown and visitors will even be able to step into the TARDIS. The event follows in the wake of a big announcement in the ‘Whoniverse.’” (The World of Chinese)

Eep. “A woman in Qinzhou, Guangxi province, killed her five year old daughter when she reversed over the girl in a parking garage, Chongqing News reports.” (Shanghaiist)

My bandmate Song Yang (bassist extraordinaire!) interviewed in this NPR piece on the Metallica show(s) in Shanghai. http://t.co/GDa8YEhpAW

Boosted by Messi's endorsement, WeChat rockets to 100 million users outside of China http://t.co/Lcd9wGLPHR

Hangzhou woman saves son's parking space by standing in it for an hour every morning: http://t.co/WLiTKHqPap @beijingcream @shanghaiist

Help your fellow international traveler with this questionnaire by a startup from New York. (Survey Monkey)

Paul Krugman is wrong about China’s bubble. (The Economist)

“What Happened to Taiwan’s Little League Champs?” (The Diplomat) 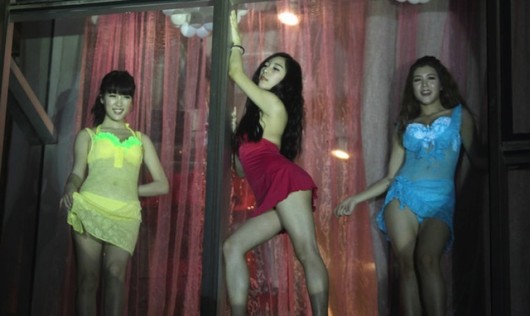