Woman grabs man before he can commit suicide, via Shanghaiist

We start with censorship. “More than 100 privately-run news websites have been shut down in China since May in what the government calls a move against extortionists, but what critics say is a campaign against citizen journalists.” (SCMP)

Oh Jesus. “Never help anyone. A 17 year old girl was sexually assaulted and murdered by a couple in Heilongjiang after she came to the assistance of the woman who had pretended to collapse on the street. // Mei (pseudonym) was walking home in Jiamusi, Heilongjiang province when she came across a pregnant woman, surnamed Tan, who appeared to have fallen in the street. Tan asked Mei to help her get home. At Tan’s house, her husband greeted Mei and gave her yoghurt spiked with sleeping pills. Tan’s husband then tried to rape Mei, who was still conscious enough to fight him off. The couple then killed Mei by smothering her with a blanket.” (Shanghaiist)

But this is nice. “Proving that being an asshole is something you learn, not something you’re born with, a little girl in Guangzhou insisted on stopping to help a street cleaner who had fainted due to the heat, after numerous adults ignored the woman.” (Shanghaiist)

Eek. “A girl of about five shocked passengers on the MTR on Tuesday night as she squatted and urinated on a train before alighting with her mother, who appeared to do little to stop her.” (SCMP)

On Pac-Man. “Filipino boxer Manny Pacquiao was in Beijing this week, along with legendary boxing promoter Bob Arum, to promote his fight against Brandon ‘Bam Bam’ Rios at the end of November in Macao. I had the chance to interview Manny and some of his camp.” (The Li-Ning Tower)

Still on the noble trail. “Six Chinese websites jointly launched a platform on Thursday to refute online rumors, a move that an official has termed Beijing’s latest endeavor to clean up the ‘Internet environment.’” (Xinhua)

Young girl’s arm gets bitten off. “According to the girl’s father Mr.Wang, at 4:20 pm July 30, his daughter Xiaoke was playing with a newborn piggy just 5 days. She was very happy and ran after the piggy. Xiaoke’s grandmother who took care of her tried to stop her, but the girl didn’t listen to her grandmother. What’s more, the girl patted the piggy’s mother a sow. Suddenly, the sow bit the right arm of the girl, the girl cried and struggled with the sow.” (China Navis)

Asshole. “An agricultural official from Henan has been detained for abuse of power after he promote a banned seed managed by his wife, Dahe Daily reported Thursday.” (China Daily)

Don’t try to board airplane with live turtle. “A tortoise was denied boarding at an airport in China after its owner’s attempt to sneak it through security checks in a KFC burger failed, state media said Wednesday. // Security staff at Baiyun airport in the southern city of Guangzhou saw ‘suspicious corners’ on X-ray images of a bag passing through security, the Guangzhou Daily reported.” (AFP)

Maybe metaphor in there…Xi'an spends 537 million yuan on bridge, but can't use due to land, compensation disputes: http://t.co/VWubB2GfFg

“My blogroll and the slow asphyxiation of China-related blogs.” (Peking Duck) 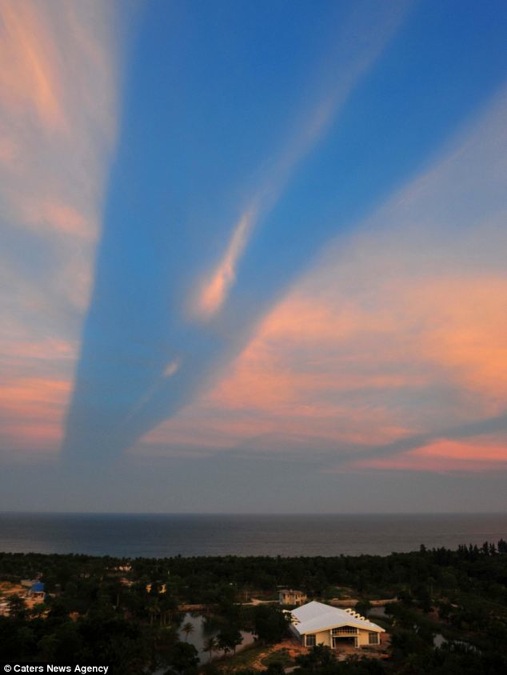