Congratulations to Sun Mingming (7-foot-9) and Xu Yan (6-foot-3) are the world’s tallest couple, via Sina

Sign up for Chug-Off for Charity. You know you want to links.

In Sanlitun, squatters try to get comfortable. “The most reliable indicator of Beijing summertime – Sanlitun’s large green obstructive tent, referred to locally as the ‘bar-ricade’ (get it?), has returned to Bar Street much to the annoyance of local revelers, drunks and assorted pirate DVD merchants.” (That’s Beijing)

“But experts stressed it does not mean the virus has developed the ability to spread easily between humans.” “Researchers have reported the first case of human-to-human transmission of the new strain of bird flu that has emerged in China. // The British Medical Journal said a 32-year-old woman was infected after caring for her father. Both later died. // Until now there had been no evidence of anyone catching the H7N9 virus other than after direct contact with birds.” (BBC)

Hire a prostitute, get kicked out of the Party… since when? “Three of the four court officials embroiled in accusations of soliciting prostitutes were dismissed from their positions, expelled from the Communist Party of China and handed a 10-day administrative detention, said the Shanghai Municipal Commission for Discipline Inspection on Tuesday. // The detained officials include Chen Xueming and Zhao Minghua, chief and deputy chief of the No.1 civil court of the Shanghai Higher People’s Court, and Ni Zhengwen, deputy head of the court’s disciplinary body. Wang Guojun, deputy chief of the court’s No.5 civil court, was also sacked but was handed the lighter punishment of two year’s probationary Party membership.” (Global Times)

Bad news for Chinese soccer. “More Chinese people aged 20 to 39 are becoming overweight and their athletic ability is declining, according to a national survey released on Monday.” (China Daily)

Sounds like something an official would do. “Two senior officials’ indifference to a woman hit by their government car in Jiyuan, Henan, has sparked public outrage. // The officials, who are with the city’s justice bureau and were in the car’s back seat at the time of the accident, stayed in the air-conditioned car and refused to assist the victim ‘due to hot weather,’ the Dahe Daily reported yesterday, citing witnesses.” (SCMP)

Long walk. “An 8 year-old girl is joining her parents in walking from Shenzhen’s Baoan District to their hometown of Shaoyang in Hunan Province. The family set off on the 700 km journey on July 13 and have already reached Yongzhou so are within around 100km of their destination, Nandu Daily reports.” (The Nanfang)

Bus fire. “One person was killed and at least six other were injured after a bus caught fire Monday morning in Urumqi, Northwest China’s Xinjiang Uyghur Autonomous Region.” (Global Times)

“Toothless Tigers in the Subway: An Animal Rights Campaign in China.” (Michael Caster)

“The Chinese Communist Party Has Embraced the Internet—For Public Polling.” (The Atlantic)

“Beijing demands that its ruber duck has to be taller than Hong Kong version.” (Bad Canto)

“Plants Vs Zombies 2 ‘Hurts The Feelings Of The Chinese People.’” (Tech in Asia) 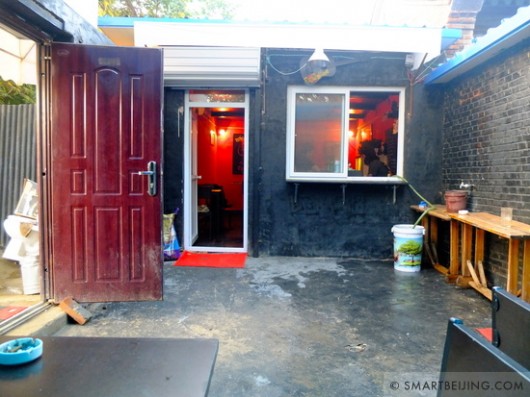