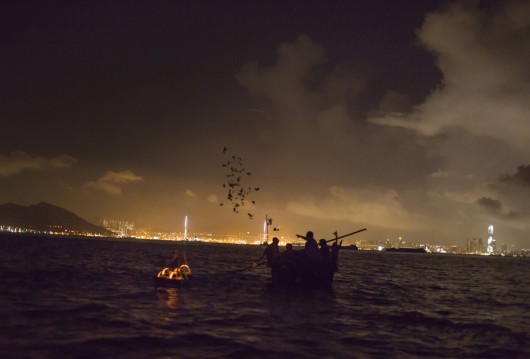 The week is half over, so here are some links.

The forward to Lao She’s Cat Country, a book that we will be buying. “Lao She’s best-known works are the novel Rickshaw Boy and the play Teahouse, both of which describe the challenges faced by ordinary people in China’s turbulent twentieth century. A champion of vernacular Chinese, he was one of the first to capture how people really spoke, especially the dialect of his beloved Beijing. But it’s in Cat Country that Lao She stretches himself the furthest, producing one of the most remarkable, perplexing, and prophetic novels of modern China. On one level it is a work of science fiction—a visit to a country of cat-like people on Mars—that lampoons 1930s China. On a deeper level, the work predicts the terror and violence of the early Communist era and the chaos and brutality that led to Lao She’s death at the Lake of Great Peace. Cat Country is often called a dystopian novel, but when Lao She took his own life, it was an uncannily accurate portrait of the reality around him.” (Ian Johnson, NY Review of Books)

The tough life of petitioners. “The Bureau of Letters and Visits, colloquially known as Xinfang, is a noble idea—it provides people, organizations, and entities a hotline to the local, provincial and national governments. The concept has existed since antiquity, when people would bang drums or throw themselves in front of sedan chairs to get the attention of the authorities. // Today, the Bureau, apart from being one of the busiest offices in China, is viewed with pride by many petitioning and sleeping on the streets of Beijing. However, local branches are famously corrupt and come with ‘interceptors,’ who have the dubious job of finding both petitions and petitioners to make sure they don’t see the light of day.” (Tyler Roney, The Diplomat)

And then they went to jail. Um? “Two kidnappers spent more than 10,000 yuan (US$1,634) preparing to blackmail a family to pay gambling debts, but they learned belatedly they weren’t going to get much of anything because the abducted girl’s family is poor, according to a court in Taizhou in Zhejiang Province. // They even gave the 11-year-old girl 500 yuan when they saw lots of police on the street and decided to let her go. They took good care of the girl and she was in good condition, Legal Daily reported today.” (Shanghai Daily)

More charges on Gu Kailai after her testimony against Bo Xilai? “The wife of Bo Xilai is almost certain to be prosecuted separately for economic crimes revealed in her testimony regarding corruption allegations against her husband, sources say.” (SCMP)

Assuming Gu Kailai isn’t the biggest loser… “The biggest loser so far to emerge from the Bo Xilai trial, however, is one of China’s most mysterious institutions: the Central Commission for Discipline Inspection, the Communist Party’s internal corruption watchdog. Its name is often spoken in hushed tones, and until now, its methods were shrouded in secrecy. A report that the Commission uses extra-judicial methods against cadres under investigation was censored earlier this year.” (Tea Leaf Nation)

Harsh sentence imminent? “Senior figures in China’s ruling Communist Party fear ousted politician Bo Xilai could stage a political comeback one day if he is not dealt a harsh sentence in his trial for corruption, embezzlement and abuse of power, according to sources.” (Reuters)

Foreigners in China. “Foreigners don’t want special treatment. They want a level playing field—preferably one that is rooted in the rule of law and devoid of political conspiracy theories. Within the next few months, if core sectors dominated by Chinese firms are scrutinized also, we will know whether this is what Beijing wants as well.” (Elizabeth C. Economy, The Diplomat)

Trending on Weibo: this cute cartoon about love: http://t.co/FdRBlt72cY

A collection of Bo Xilai reactions from trial. (China Navis)

Shanghai’s not impressed with that giant rubber duck, via SCMP: 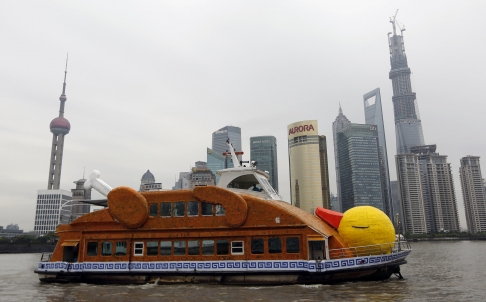