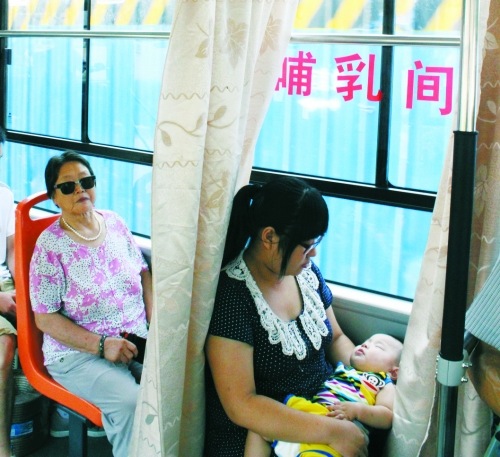 Happy and sad links all in one.

Public execution from last year, video spreading online. “An online video purporting to show a public execution in the Chinese countryside has reignited debate about the death penalty in a country consistently singled out by human rights groups for executing vastly more people than any other. // The video, posted to the Sina Web portal Monday evening, is shot from a ridge overlooking a field and shows a group of onlookers watching as a line of police cars drives into a field, sirens blazing. The camera zooms in to show blurry images of what appear to be police removing a figure from a van wearing a white placard around the neck. Onlookers can be heard talking casually as the figure is led into a field, made to kneel and is shot in the head.” (WSJ)

On that Global Times piece that was censored. “But, rather than being struck down by the white-collar thugs of the propaganda department or the terrified editorial staff, the catalyst for censorship in this case came from the microblogger Kaifu Lee. A source close to the matter inside the Global Times tells The Diplomat, ‘After Kaifu Lee tweeted it on Weibo, it got too much attention and got on the authorities’ radar.’ The same source also confirms that the propaganda department did play a role in taking it down.” (Tyler Roney, The Diplomat)

Reasons for flight delays in China. “The first and oldest problem is that China’s armed forces control most of the nation’s airspace—perhaps 70-80% of it. This is especially the case above and around cities, leaving very narrow corridors for aeroplanes to take off, land and navigate nasty weather. The second problem, compounded by the first, is that air-traffic controllers have no incentive to move aeroplanes along efficiently—to ‘push tin’ as Americans say—whereas they are punished harshly for any mishaps. The result is that, even in perfect weather, aeroplanes coming in to land are kept much farther apart in China than in America—as much as 6-10 miles (10-16km) instead of about three.” (The Economist)

Censorship continues to be terrible. “Those outside China may be less than keen to transfer personal data to a country with few restraints on governmental snooping. In this way, the Chinese censorship and surveillance regime undermines China’s services exports. // In at least one way, Chinese Internet companies have actually benefited from censorship. By banning or blocking popular services such as Facebook, Twitter, and Google in order to control information flow about politics, China has instead steered its people toward homegrown alternatives like Kaixin, Weibo, and Baidu. Political repression has thus eliminated the principal competition for local Chinese Internet entrepreneurs, but in doing so denied Chinese consumers access to some of the world’s best services.” (The Atlantic)

Group suicide in Beijing. “A group of at least 10 people attempted suicide together in Beijing by drinking pesticide, local media reported on Wednesday. // Some of the group wore T-shirts reading ‘Harbin Railway Bureau,’ the Beijing Youth Daily said, quoting a reporter. // China’s railway ministry – a major employer – was abolished in March and absorbed into the transport ministry, leading to fears of job cuts.” (AFP)

Corpse. “A corpse was found by revellers at the famous Dameisha beach in Shenzhen’s Yantian District on Sunday (Aug 11). The corpse was fully clothed so it is unlikely he simply drowned while swimming. Police are trying to find out who he is and where he came from, Caijing Life reports.” (The Nanfang)

44th bird flu death on Chinese mainland this year. “A man infected with the H7N9 avian influenza died of multiple organ failure on Monday, local authorities said. // The 61-year-old patient was transferred from the city of Langfan in north China’s Hebei Province to Beijing Chaoyang Hospital for treatment on July 18. He tested positive for the H7N9 virus on July 20.” (Xinhua)

A new twist to blaming the victim. “A 13 year old rape victim in Guangxi was handcuffed and sent to a mental hospital by police officers, Beijing Times reports. // Officers told reporters that they had to handcuff the girl because she was ‘unstable’ and a danger to others. Police were apparently so terrified of the harm that a thirteen year old girl could do to them that they thought it wise to lock her up too.” (Shanghaiist)

This is Sanlitun official trailer interlude:

A tale of trust, rewarded (with 50 rmb). (George Ding, the Beijinger)

“’Cash and gifts’ will get your child into the right class.” (Danwei)

“How China added $1 trillion to its economy by fudging data.” (Quartz) 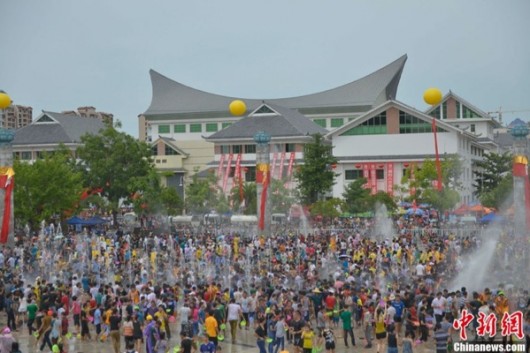 Water fight for Qixi in Hainan, via China News