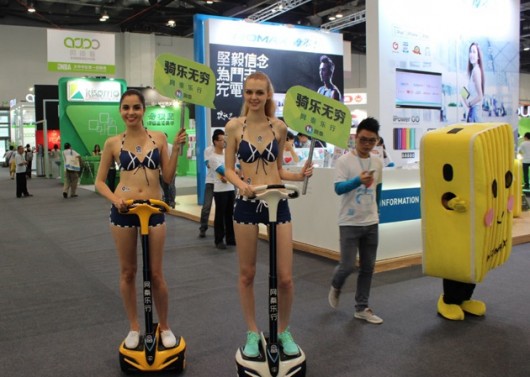 Shootout in Xinjiang. “Chinese authorities have shot dead at least 15 ethnic Uyghurs in a desert area in Xinjiang, accusing them of terrorism and illegal religious activity, in the latest violence to rock the troubled northwestern region of China, according to police sources.” (Radio Free Asia)

As if Chinese Internet weren’t slow enough. “Part of the Chinese Internet went down early Sunday morning in what the government is calling the largest denial-of-service attack it has ever faced. // …CloudFlare Chief Executive Matthew Prince said the company observed a 32% drop in traffic for the thousands of Chinese domains on the company’s network during the attack compared with the same time 24 hours earlier.” (WSJ)

Perhaps some closure to this horrific incident. “Recently, while being interrogated by the prosecution, Han Lei expressed that ever since the incident, ‘it has been particularly painful these past 20-some days, I really don’t want to live anymore.’ // …According to Li Ming, ‘as soon as I saw there was a stroller in the parking spot, I thought to myself that I mustn’t hit it,’ but just as he was thinking about how to park his car, Han Lei was already arguing with the woman next to the stroller about parking. At first, he ‘didn’t see any sign of anger or anything,’ but a moment later, ‘when I looked again, they had already came to blows.’ // In was during these few short minutes that the baby girl in the stroller was lifted high above Han Lei’s head and was slammed onto the ground.” (chinaSMACK)

Weird. “Two British women who travelled to Guangzhou on a week-long shopping trip in June remain stuck in the city two months later after an argument over counterfeit slippers led to them allegedly being assaulted. // Despite members of their families flying from Britain to China, attempts to get them onto a plane home have foundered because of a complex criminal investigation which could see them stranded in China for up to a year.” (SCMP)

Don’t often see assertive Chinese reporters. “A Chinese reporter was hauled away by Prime Minister Stephen Harper’s RCMP security detail Friday after he grabbed a microphone and tried to ask Harper a question during a news conference at a mine in northern Quebec. // The reporter had just been involved in a brief physical altercation with Harper’s press secretary, Julie Vaux, as he waited in line to ask his question. // Li Xue Jiang, Canadian bureau chief for the Chinese People’s Daily, is one of 10 reporters travelling with Harper on his tour of the North this week.” (CBC News)

There’s that apology. “The grandfather of a toddler who was allowed to urinate on a Metro train by his parents has apologized to the public over the weekend after the incident was harshly criticized.” (Shanghai Daily)

Left Behind and Sexually Abused: The Perils of Migrant Children. Such sad stories. http://t.co/IZIKBI8Mkw

Beijing Dongsi graffiti: "In today's society good people are too few, bastards are too many" http://t.co/rsbYAryIo4

One of the better collections of #chinglish signs I've seen in a while. http://t.co/3rU2GGd9YH

Pictures from the Japandroids concert on Friday. (the Beijinger)

“Nothing Can Stop Beijing’s Black Cab Explosion.” (the Beijinger) 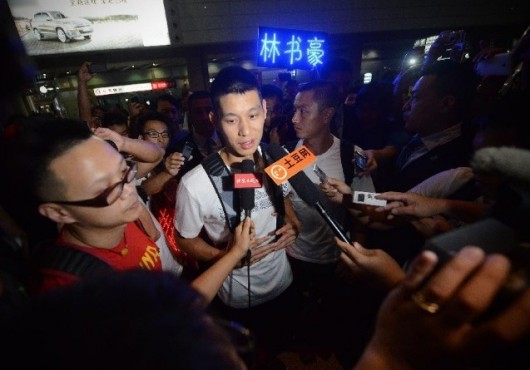