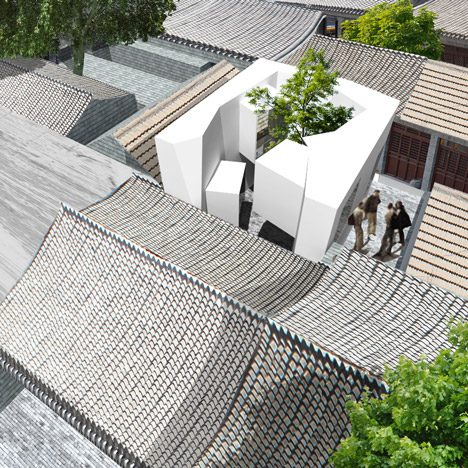 A scene from the upcoming Beijing Design Week, via De Zeen

Of course it would come on a Sunday. “A Chinese court will announce the verdict on Sept 22 for ousted former senior politician Bo Xilai, it said on Wednesday, following his trial last month on charges of corruption and abuse of power.” (Reuters)

This is why there are signs to not bring firecrackers into airports. “On Wednesday morning, a 70 year old set off firecrackers in the departure lounge of Wuhan Airport Terminal 2 before lying down next to them, Southern Metro Daily reports. // Airport police and paramedics rushed to the scene, and no one was injured. The man is currently being questioned by police on suspicion of disturbing public order.” (Shanghaiist)

Today in crazy gamers. “The He family, residents of Hengxian, Guangxi, was living a life as happy as most Chinese families, or perhaps happier. As the owners of a local grocery, the parents had a better-than-average income and their 15-year-old son enjoyed a life of relative privilege. But his love of gaming turned violent earlier this month, when an argument with his mother distracted him from his online game. She had asked him to stop playing and suggested he had taken some of her earrings; when she wouldn’t let up his frustration boiled over, and he grabbed a butterfly knife from a nearby drawer and stabbed her to death.” (Tech in Asia)

Cyber bullying leads to suicide. “A woman in Huizhou is on trial for provoking a suicide with defamatory rumours that she spread, Guangzhou Daily reports. // Mrs. Li, 29, pleaded guilty in Huicheng Court of falsely claiming on the QQ page of a Ms. Hao that she was having an inappropriate affair. She pleaded guilty Monday (Sept. 16) to spreading the rumours that caused Hao to jump off a building.” (The Nanfang)

Crazy English founder and abusive ex-husband Li Yang is still texting Kim Lee. “‘You greedy American! You are playing Chinese media and court! Chinese are too kind, they let a piece of rubbish like you hang around China!,’ one message read. Another included threats to appear at Lee’s home.” (Shanghaiist)

Belated, but… yeah. “In August, a Chinese zoo became the laughing stock of the internet after it tried to pass off an unusually fluffy dog as an African lion. The zoo may never have had a real lion. Or perhaps it did at one point, and then decided to sell it to a taxidermist for some extra cash. That’s the subject of a recent expose by Southern Weekend (SW), an investigative newspaper: Surging demand for luxury home decor is encouraging zoos to kill their exhibits and sell their pelts to state-licensed taxidermy firms, reports SW, via China Dialogue.” (Quartz)

How sweet. “On September 17, traffic cop Wang Xinmei got the shock of the lifetime when, while on duty on Zhonghua road in Shenyang, Liaoning province her boyfriend appeared with flowers and a diamond ring.” (Shanghaiist)

According to Raffles Medical Group, one mooncake has about 700-1000 calories https://t.co/x0f0o0PBW4 (infographic)

“The Second Beijing Animation Festival will open on Sept. 18 in a disused factory in Beijing’s Shijingshan District.” (Xinhua)