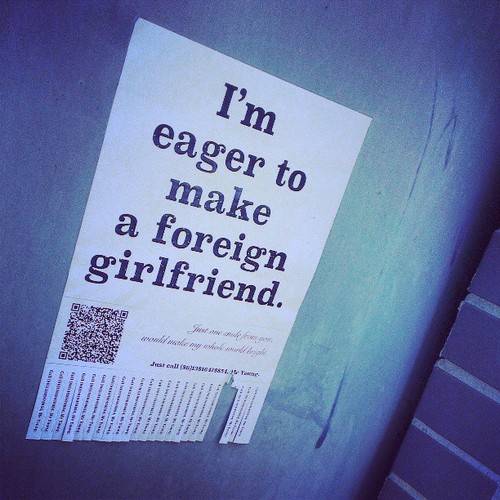 Via This is a Typo

A lot going on around the world. Here are some links from this side.

“If no one criticizes openly, they will arrest those who criticize privately.” “Arresting people is a must, and the criteria depend on the overall level of the potential offenders. The extent of political tolerance on the other hand is expanded by the acts of those who have been imprisoned. This is precisely the twist and the trap of this system, and it also seems to be the destiny of democracy fighters and human rights defenders in China: one loses freedom for loving freedom; one fights for freedom by losing it. Those who realize this have no place to retreat.” (Teng Biao, China Change)

Momo murder. “Xiao Feng, who was in his second year at university, added what he thought was a beautiful girl on Momo on July 15. After flirting for four days they finally met up. // When they met, Xiao Feng saw that it was not a beautiful girl but a man named Mr. Zhou. Zhou smashed Xiao Feng over the head with a metal object and, after a struggle, stabbed him to death. It turns out that, although they didn’t know each other, the two men went to the same college.” (The Nanfang)

“China’s Higher Education Bubble.” “Late 20th century state policies were intended to increase popular access to higher education. But the road to hell is paved with good intentions. Absent meaningful reform, these policies will produce failed expectations and deep underemployment for the next generation of Chinese, with severe implications for social and political stability.” (ChinaFile)

Disgusting. “What’s worse than finding a worm in your apple? How about half a cockroach in your popsicle. Trying to cool off on a hot August day, a Shanghai man, surnamed Wang, bit into a Mengniu Green Mood popsicle to discover a partially-chewed cockroach inside.” (Shanghaiist)

Pressure cooker murder. “The 48-year-old woman, surnamed Zheng, decided to kill her husband Liu after finding out that he had repeatedly abused her daughter from her first marriage, reported Ifeng.com. // In June 14, Zheng drugged her husband with sleeping pills and tied him up in their garage where she tortured Liu by beating him with a shovel and a screwdriver. // The man was also given no food or water. After three days of torture, Liu died.” (GBTimes)

Sigh. “A three-year-old girl was killed by a bulldozer during a land dispute in Fujian province, her father said yesterday.” (AFP)

So that's why he allegedly loves red Ferraris. Bo Guagua: "Naturally I totally approve of the spirit of Communism": http://t.co/IlSerlUEQ4

@ChuBailiang I saw Guagua schmoozing in a Beijing cocktail bar a few years ago. He looked just like Lei Feng.

do not not watch the video: "The woman from Plymouth who woke up with a Chinese accent" http://t.co/CitEjmA1Qw

Amy Tan talks about her new novel "The Valley of Amazement" at @asiahouseuk, London, 28 Nov. http://t.co/JEFa8sSfqy

Building 600,000 trees in the desert interlude:

A long story on gambling in China. (Foreign Policy)

Photos of Shanghai in the first half of the 20th century, via chinaSMACK: 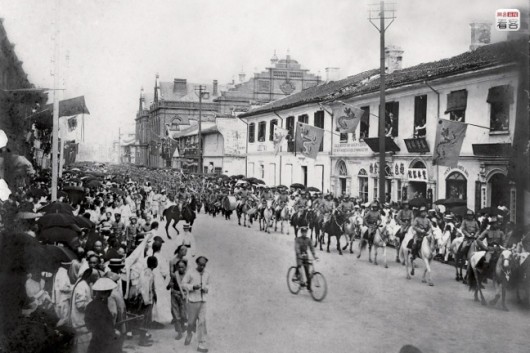