Xinhua reports that 11 Foxconn employees in a plant in Yantai, Shandong province were injured after a drunken brawl on Friday Thursday as part of Mid-Autumn Festival celebrations. More than 300 people reportedly gathered to watch the fight.

Police stopped the fracas in a “timely” manner.

An initial investigation showed two young female Foxconn workers began arguing while surfing the Internet outside the plant and the dispute escalated, leading to the brawl.

Xinhua also made a point to deny earlier reports that combatants had been killed:

The injured received medical treatment where necessary, but no people were killed or severely injured, said Foxconn on Sina Weibo on Monday.

The video above was posted to Youku 11 hours ago and claims that the instigators were from Guizhou. Why there are so many shirtless young men in jeans is, like so much of urban factory campus life, a mystery to us.

UPDATE, 3:43 pm: The incident happened at 10:30 pm on Thursday, according to Foxconn’s Weibo. There are pictures as well, via Shenzhen Media and Tencent.

The video sure seems like it was taken during the day, but perhaps someone was filming on a highly sensitive light setting. Perhaps tempers had not died down the morning after. Perhaps Foxconn’s Yantai factory rests under a Teflon dome, and there’s artificial lighting. Not sure. Pictures: 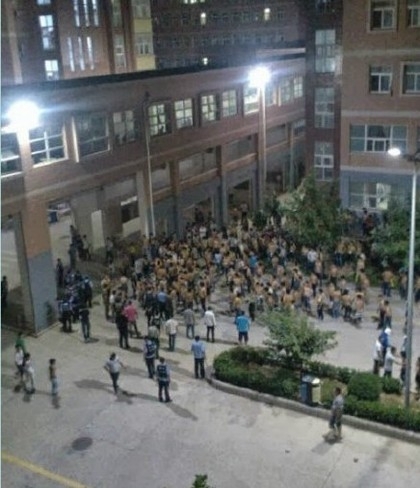 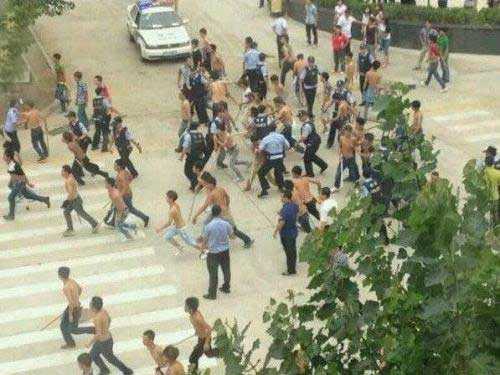 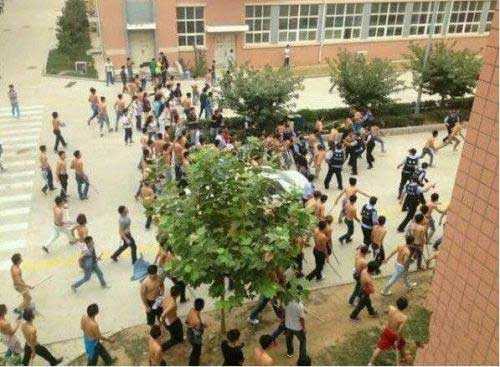