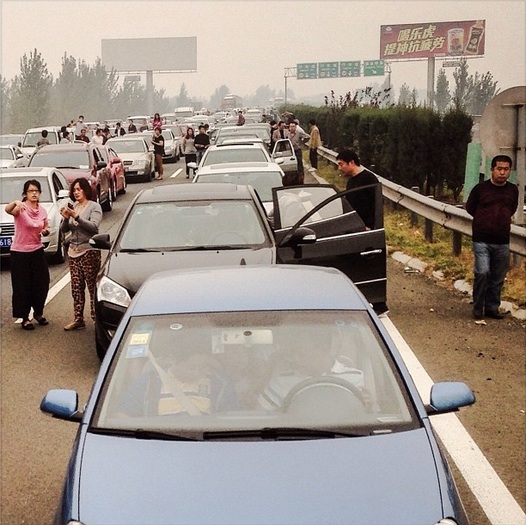 Stuck in a series of epic traffic jams south of Beijing. Tired of waiting, drivers and passengers go for strolls along the highway. Today is the first day of China’s national holiday. Most people take the opportunity to escape the major cities and return to their hometowns for a few days. In China, that means that millions are on the move.

Gallagher’s trekking toward Shandong province. For his sake, we hope the roads are better outside the metropolis.

Knowing what we know about Golden Week traffic though, we wouldn’t count on it. Stay off the freeways, folks. Your blood pressure will thank you later.