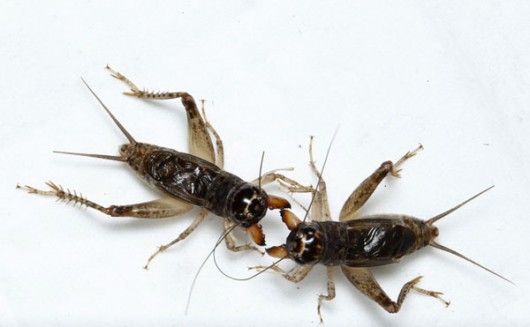 Cricket-fighting in Beijing, via Reuters

Getting back into the flow of things links.

The big story of the day. “A secret multi-million pound deal to carve up China’s insurance market, brokered by the daughter of the country’s former prime minister, has been sent to anti-corruption investigators. // The deal guaranteed Zurich Insurance, one of the world’s largest financial institutions, a hugely lucrative stake in a major Chinese insurance company at a time when foreign firms were barred from investing in the sector. // The deal, which came to light during a court case in the United States, was cut at the very highest level of the Communist party, by the daughter of the prime minister at the time, Li Peng.” (The Telegraph)

On China’s mistresses. “She was adamant that I never visit her apartment because she was surrounded by other ernai. Local estate agents target provincial officials and businessmen looking to put their money into Beijing’s property bubble, and the men fill up the apartments, bought as investments, with their women. ‘Half of the apartments are empty,’ she explained. ‘And the other half are full of girls. Everyone gossips. About money, about men. If they saw me with a foreigner, they’d talk about it for a month.’” (James Palmer, Aeon)

Crickets (continued). “In Beijing, autumn marks cricket fighting season, a traditional Chinese sport with more than 1,000 years of history. // Similar to cockfighting but without the blood, the contests put two crickets into a ring the size of a shoebox to determine which is the more aggressive. The reputations of the owners are on the line and there is plenty of betting on the side. // This year, more than 20 teams from across China competed in the two-day National Cricket Fighting Championships, putting forth their most prized contenders – which are named for their physical characteristics – as fans packed into a small, smoky hall to watch the matches broadcast on a screen.” (Reuters)

Heroic / tragic. “Cheng Changjiang, an eighteen-year-old high school student in Henan, has drowned after rescuing three children who had fallen into a lake. Two toddlers had wandered into the water, and their older sister fell in as well during her attempt to pull them out. Cheng was able to save all three, but lost his life in the process.” (Shanghaiist)

Rights activist detained. “China has detained a prominent rights activist for more than two months without formally charging him, his lawyer said on Friday, the latest case in a crackdown on freedom of assembly. // The length of Guo Feixiong’s detention exceeds the 37-day limit allowed for holding an individual without a formal arrest and charge under Chinese law.” (Reuters)

TELL EVERYBODY. “Like the philosopher’s stone, the cure for a hangover seems to exist only in legend. // The magical elixir has evaded even the most determined of scientists, at least until now. // Chinese researchers applied themselves to the problem from another angle, looking into how a hangover could be handled before it even started. // And they claim they have found an answer: Sprite.” (The Independent)

Sore loser, or truth-sayer? “The pictures of golfers wearing face masks during the Reignwood LPGA Classic this past weekend in Beijing made far bigger headlines than Feng Shanshan’s dramatic victory on home soil. But apparently there is something worse than the smog. // Chinese golf fans. // That’s according to none other than two-time major winner and world no. 3 American Stacy Lewis.” (The Li-Ning Tower)

Oh, great. ” Taiwan’s latest national defense report highlighted an increasing military threat from China, saying that China plans to boost its combat capabilities to a point where it can mount a full attack on Taiwan. // China’s combat capabilities are expected to reach that level in 2020, according to the report that was released by the Ministry of National Defense at a news conference Tuesday.” (Focus Taiwan)

Serves him right. “A Chinese student caught illegally recording a film at a cinema in London has been deported from the UK after police found his visa had expired. The student, surnamed Shu, is the first overseas student to be detained for violating intellectual property rights, reports the London-based Chinese Business Gazette.” (Want China Times)

How terrible. “While the PlayStation 3 was originally produced in Japan, Sony now outsources its hardware assembling to the Asian electronics mega-manufacturer Foxconn. So, the PlayStation 4 is being made in China. And according to reports, thousands of college students were forced to manufacture it. // Shanghai’s Dongfang Daily (via China.com) reports that “thousands” of students from Xi’an Technological University worked at Foxconn’s plant in the coastal Chinese city of Yantai as part of a work-study program that lasted from August to this October.” (Kotaku)

Coal. “A thick canvas tarp covers the piles of coal dust at Nanmofang. // Workers gamble in the shade beside thousands of pressed honeycomb briquettes while they wait for calls from one of their dozen daily buyers. // The coal mill, located on the southeast side of Chaoyang District, is one of the capital’s last two. In 100 days both will be no more, formally bringing Beijing’s industrial era to a close.” (Beijing Today)

Nearly half of N. Korean spies caught in last decade posed as defectors, according to lawmaker http://t.co/xtLi9QpTyq @gadyepstein

Poets with talent can have their work carved onto Mount Danxia. (The Nanfang)

“Why Are Hundreds of Harvard Students Studying Ancient Chinese Philosophy?” (The Atlantic)

“Mike Tyson in Beijing: ‘I can kill anyone.’” (The Li-Ning Tower) 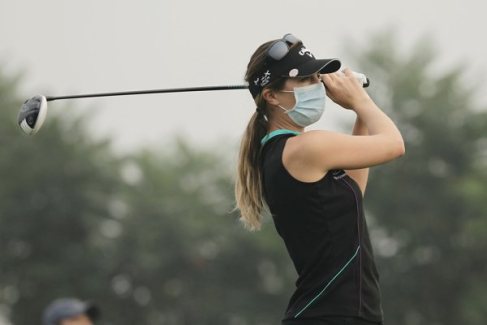 Getty, via The Li-Ning Tower: from the Reignwood LPGA Classic in Beijing.