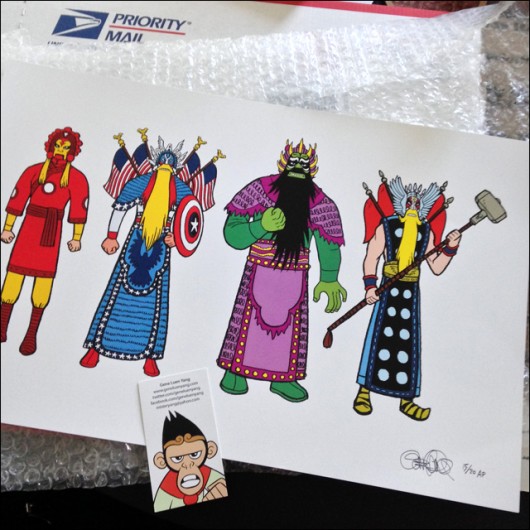 The Avengers as Peking Opera characters, via Angry Asian Man

Disgustingly cold indoors. Even links won’t warm you up.

Doing ketamine in China. “One night in Guangzhou earlier this year, I met Golden, an African ‘businessman’ as he described himself. He offered me something to liven up my night; seems he was offering everyone. Two days later, we reconnected on what I had designated as safe ground: a busy bar area. Instead, he picked me up and took me on an unscheduled taxi ride with an anonymous guy riding shotgun. // …Golden says a gram of K sells for around 280 renminbi in Guangzhou, or around $45. At that price, he’s clearly bullshitting: K’s a made-in-China high and even Dean Zhong of the Chinese Public Security Bureau says it has a street value of around 40-60RMB per gram—about $10 in coastal areas, about a fifth of what Golden suggests. Further inland, around Guanxi, it might go for 160-180RMB.” (RFH, Vice)

Them and their gilded gadgets. “They are the tuhao – tu means dirt or uncouth; hao means splendor — and they are the Beverly Hillbillies of China. Or something like that: A crowdsourced translation call on China’s social media yielded ‘new money,’ ‘slumdog millionaire,’ the ‘riChinese’ and ‘billionbilly.’ When English falls short, French is on hand to help: Tuhao have the artistic sensibilities of the arriviste, the social grace of the parvenu, and the spending habits of the nouveau riche.” (Tea Leaf Nation)

Six years for Ji Zhongxing. “A Beijing court has sentenced Ji Zhongxing, the frustrated petitioner who set off a home-made bomb at the Beijing International Airport in July, to six years in jail.” (SCMP)

Ew. “This squat concrete building was once a chicken coop, but now it’s part of a farm with an entirely different kind of livestock — millions of cockroaches. // Inside, squirming masses of the reddish-brown insects dart between sheets of corrugated metal and egg cartons that have been tied together to provide the kind of dark hiding places they favor.” (LA Times)

Bad people on the Internet. “Major Chinese Internet portals have republished an essay from an official media website that calls the former head of Google’s China operations a ‘loser’ and implies he lied about being diagnosed with cancer, in what some of his supporters are calling a coordinated ad hominem effort to discredit the influential tech figure.” (WSJ)

New China book. “All Steven Schwankert wanted to do was dive a wreck off China’s coast. // Instead, the Beijing journalist and scuba instructor stumbled upon the mystery of a missing submarine, man’s first use of scuba equipment to escape from certain death, and an island graveyard that was hidden in plain sight.” (WSJ)

And you think it's crowded in your subway system. Check out Beijing. pic.twitter.com/zdvpE5Nese

So Macau is fun

Backteria found on a type of toilet paper in Hong Kong. (The Standard) 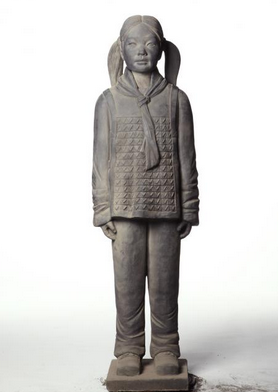