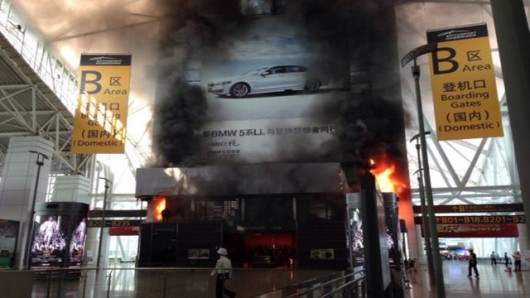 Tianamen is burning down! No, just kidding. Don’t spread that rumor. Spread links.

CONFUSION ABOUNDS: “A pair of front-page appeals from Guangdong’s New Express newspaper sparked a campaign for the release of its reporter Chen Yongzhou last week. Chen had been detained on suspicion of unfairly damaging the business reputation of construction machinery manufacturer Zoomlion with his reporting. New Express initially defended the accuracy of his articles, but on Saturday, state media reported that Chen had confessed to spreading disinformation against Zoomlion.” (China Digital Times)

Good to know. “‘Official rumors’ is more than just an oxymoron. The phrase — pronounced guanyao – has become a useful weapon in Chinese Internet users’ linguistic guerrilla warfare against government censorship… // In the face of these assaults on their right to speak out, grassroots Chinese are trying to turn the mirror back on officialdom by calling out instances where officials or state-owned media made statements that turned out to be false. The result is two types of ‘rumors’ in Chinese argot: minyao, or rumors spread by Chinese citizens which may or may not be true, and guanyao, official rumors, which are falsehoods uttered by Chinese authorities.” (Tea Leaf Nation)

More Chinese lessons. “There is a Chinese idiom that might be used to describe the place of idioms in Chinese literary tradition: jianding buyi (坚定不移), meaning ‘firm and unchanging.’ The use of such expressions, especially the classical set phrases known as chengyu (成语), has long been seen as a mark of erudition in China. Most chengyu consist of only four characters, but they don’t follow the grammar and syntax of modern Chinese, and as many frustrated Mandarin students can tell you, they are often indecipherable without some knowledge of their origins, often in ancient Chinese literature that preceded the birth of Christ.” (Sinosphere)

That escalated fast. “Last Wednesday, a patient unhappy about the result of an operation on his nose stabbed a doctor to death and wondered another two at a hospital in the city of Wenling, Zhejiang province. Fast forward to today, the hospital has been surrounded by anti-riot police, clashing with doctors and nurses who have been trying to protest their friend’s dead body.” (Offbeat China)

Like the headline. “Female Students in China Penalized for Having Breasts.” (Two Americans in China)

The latest in a very long history of misguided wall-building. pic.twitter.com/XSrFWNQkfP

“Bo Xilai May Have Gotten Off Easy.” (ChinaFile) 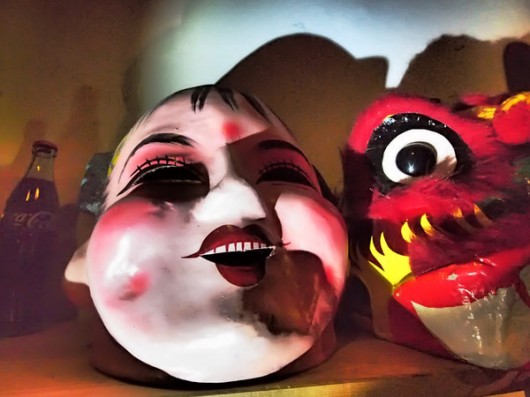