Since the nineteenth century the mountains of Xinjiang have drawn adventurers with their remote and quiet brilliance high above the desert oases of the Uyghurs. The people who live in those mountains – Kyrgyz, Tajiks, and Kazakhs – seem to reflect this quiet dignity; they move with grace, speak in low tones, and act as though trained by survival. Those who come to test their mettle often find themselves deeply impressed by the strong women and men who help them through this atmosphere of rock and sky.

A few months ago it was the allure of these bare mountains, and their great height, that took Bryan Long and his climbing partners Aron Ralston and Michael Ash up the west ridge of Muztagh Ata – the 24,757-foot-tall Father of Ice Mountains. Following his successful climb and his subsequent ski descent (video below), we asked Bryan a few questions about his experience on and off the 43rd tallest mountain in the world.

Beige Wind: How did you get started mountaineering?

Bryan Long: I fell in love with the outdoors in 2001 on my first backpacking trip in Colorado. On that trip I realized how powerful the mountains are, and that it’s our job to respect them while actively working to keep them wild. Through the years my interest in rock climbing, photography, skiing, videography, and mountaineering have developed naturally. In 2005 I moved to the mountains in order to turn my passions into a full-time lifestyle.

BW: How did climbing Muztagh Ata compare to previous climbs you’ve done in the past?

BL: Technically, Muztagh Ata is an easy peak to climb, although nothing at that altitude is ever easy. Muztagh Ata was the longest expedition I have ever organized, and one of the most enjoyable. Spending 17 days on the mountain allowed us to appreciate the more subtle qualities of the peak: the incredible evening light, reading and listening to music while relaxing on our rest days, and the concentric rings of mountains that seemed to continue forever in every direction.

In terms of objective danger, the peak was very safe. Our team chose to rope up for our first carry to camp II, and then left our crevasse rescue gear before continuing higher on the mountain. The most nerve-racking moment was when one of our team members had a ski slip out of his hand, slide down the glacier, and harpoon itself into a crevasse. One section of the peak has a 35’ fixed rope that one must climb hand-over-hand while kicking steps into an ice wall, and that was the most exhausting part of the climb.

BW: In your climb description you write movingly of your relationship with your Base Camp handler – a Uyghur man named Mohammad. What do you know about Mohammad and other Uyghur guides you encountered? How long have they been working with mountaineers? How did they learn English? What stories if any did they share with you regarding their experiences with mountaineers and life in the mountains?

BL: Mohammad is one of the most beautifully gracious and kind souls I have ever met. His gentle personality was a welcome contradiction to the harsh elements of the mountain. The company Mohammad works for, Kashgar Mountaineering Adventures (KMA), is the only Uyghur company that operates on Muztagh Ata. This made the decision to use their services an obvious choice. KMA has guided international clients on mountaineering expeditions since 2008. The English skills of the Uyghur owner of KMA and Mohammad were excellent. Both of them also helped us understand Uyghur culture. 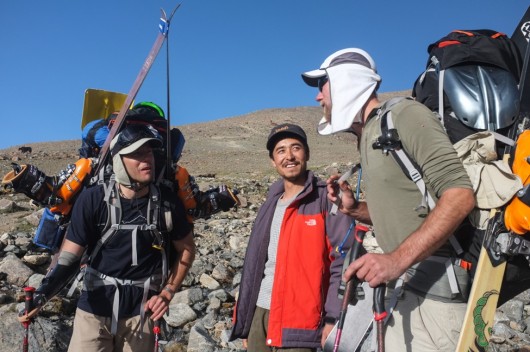 Aron, Mohammad, and Bryan hauling their gear off the mountain. Photo by Michael Ash.

BW: You write also about the “resolve” of Han climbers you encountered – smoking at 21,000 feet and so on. What sort of interactions did you have with Chinese climbers? What impression do you have regarding the growth of Chinese domestic mountaineering?

BL: Aron, Michael, and I decided to climb the mountain as independently as possible, so we did not make use of porters, cooks, or on-mountain guides. Additionally, we decided to create our own camps away from the organized tours, whose sanitary practices were not aligned with a Leave No Trace ethic. We were discouraged that several organized mountaineering groups left the mountain in an unclean state. In my opinion, true climbing doesn’t involve oxygen, porters, cooks, and beasts of burden past basecamp (there was literally a mule that made it up to 17,700’ on the glacier to haul gear for Chinese clients). We did speak with several Chinese climbers at basecamp, and it was obvious that many of them had little to no prior climbing experience. The explosion of the Chinese outdoor industry is interesting, and I hope that teaching sustainable outdoor practices is the next step in the burgeoning industry.

Bryan and Aron at the summit

BW: What were the most challenging and rewarding aspects of taking on Muztagh Ata?

BL: Overall, the altitude was the most challenging factor on Muztagh Ata. Acclimating was a process that made even simple tasks like melting snow for drinking water exhausting. Each of the three of us got sick in some form or another, and we all felt lucky to have each other for support. The altitude affected Michael to such a significant degree that he had to give up his summit attempt just a few hundred meters from the top of the peak due to a hacking cough he developed on a carry to Camp II. It is nearly impossible for your body to recover from injury and stress above 20,000’. I had a small cut on my finger that got worse every day of the climb until we returned to basecamp. It was an interesting experiment to see how the human body adapts to high altitude.

The most rewarding aspect of the climb was the relationship building. Although Aron and I have been on several international trips together, this was our first time climbing with Michael. He added an amazing dynamic to our team, and Aron and I still mention that we could not have climbed it without him. At that altitude, the frailty of human life is apparent and it allowed me to appreciate the small moments more than during my normal life. On the night before our summit attempt, we each called home and talked with our loved ones. Although the conversations were simple, each of us burst into tears after speaking with someone from home. 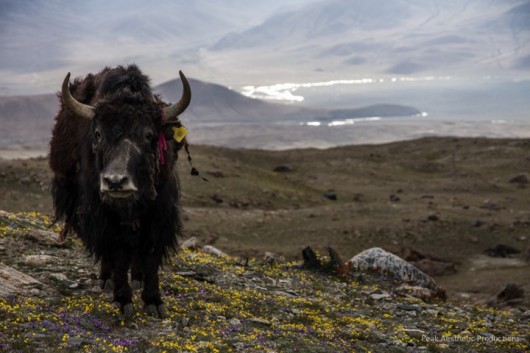 BW: As you drove from Kashgar up the Karakorum highway through Uyghur oases, to Kyrgyz camps and Tajik towns, what made the biggest impressions on you? What sort of interactions (if any) did you have with Kyrgyz traders around Kara Kul – the deep blue lake at the base of the mountain?

BL: The landscape of the Karakorum Highway is absolutely remarkable. The number of massive peaks, brooding glaciers, and towering sandstone formations was thrilling and significantly raised the anticipation for climbing Muztagh Ata. Also the human history, struggle, and resistance in the area added another layer to our expedition. We left the area with a deep appreciation for the local culture. On our first day at basecamp, a Krygz woman invited us into her yurt and served us yak yogurt and homemade bread. It was a deeply symbolic gesture that was made more interesting by our lack of ability to communicate through normal means. I am always amazed at how a simple smile can transcend cultural barriers. 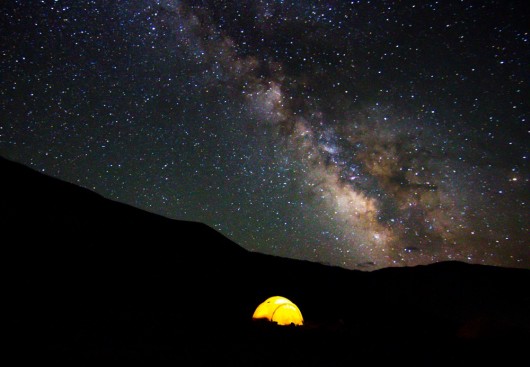 BW: What would you like to communicate to readers regarding your experience in the mountains of Northwest China that we have not covered through these questions?

BL: In my life, I have found great value in following my passions and exploring unknown corners of the globe. I urge others to actively head in the direction of their dreams while attempting to break down cultural barriers and learn from those different than you. Traveling out of my comfort zone has shown me that no matter our religion, race, or nationality we are all so much more similar than different.

4 Responses to “Dispatches From Xinjiang: Climbing The Father Of Ice Mountains”