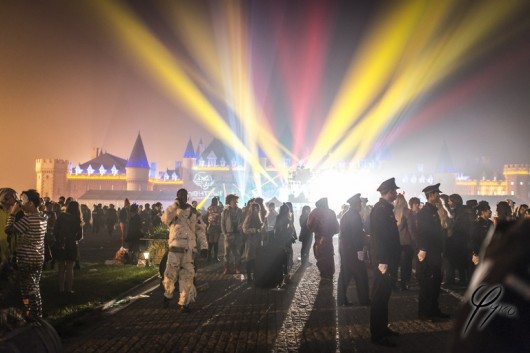 Greetings, folks. Des Bishop’s monthly Humor Section — a night of stand-up comedy at the Bookworm — is tonight, featuring Tom Rhodes. “Tom is by far the most accomplished act we will have had at the Humor Section to date,” Bishop says. 8 pm tonght at the Bookworm. Encore performance tomorrow night. And now for links.

New podcast! “The Carnegie-Tsinghua ‘China in the World’ podcast will be a weekly conversation between CTC’s Director, Paul Haenle, and a variety of Chinese and international scholars, bringing you China’s perspective on global issues. You can listen to it on our website or subscribe on iTunes. First up, Paul speaks with former US national security advisor Stephen Hadley about US-China relations, and in the coming weeks we’ll have Karim Sadjadpour to analyze China’s perspective on the Iranian nuclear negotiations and Wang Yizhou on China’s evolving foreign policy.” (Anne Sherman)

Dinner parties. “On the last weekend of every month, government critics gather for unassuming meals in as many as 20 cities across the country to discuss issues from failures in the legal system to unequal access to education. The gatherings are intentionally low-key, organizers say, but their overall goal—to lay the groundwork for democratizing China—isn’t. // ‘It’s not illegal to eat dinner together,’ says Zhang Kun, a 26-year-old former employee of an advertising company who started helping to organize the meals after meeting other activists online. ‘That’s our motto: Change China by eating.’” (WSJ)

Fight! “Four Chinese women brawled with a foreign couple over luggage space on a flight across Yunnan Province, because apparently both parties learned their airplane etiquette on the last life raft off the Titanic. // According to eyewitnesses, tension started brewing earlier on a tour bus when the foreign couple returned late from sightseeing, leading to a verbal altercation. Shenanigans escalated when they boarded the plane and discovered that there was limited luggage space, Xinhua reports.” (Shanghaiist)

“Semen crisis.” “Shanghai’s semen is facing an unprecedented crisis with experts labelling pollution as one of the ‘major culprits’ for the mega-city’s increasingly dismal sperm quality, Chinese media claimed.” (The Telegraph)

Revisiting that Masanjia Labor Camp story. “Zhang recounted the systematic use of beatings, sleep deprivation and torture, especially targeting those like him who refused to repent. Some gruesome details are too specific to him to be reported.” (CNN)

“17 reasons to get excited about the Third Plenum.” (China Daily Show)

“Why Chinese People Buy So Many Homes in Palo Alto.” (The Atlantic)

“Two British expats get naked at FamilyMart in Taipei, for some reason.” (Shanghaiist)

“Get to know Jin Ye, the ‘Chinese Angelina Jolie’, as she competes in Miss Universe.” (Shanghaiist)

Holy bling in Xiamen, via Shanghaiist: 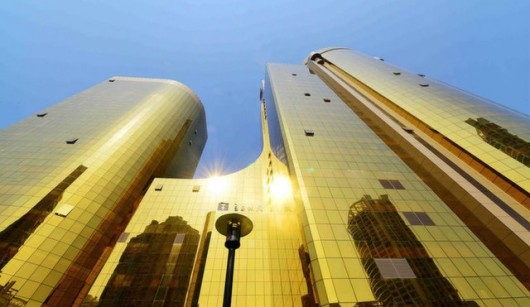